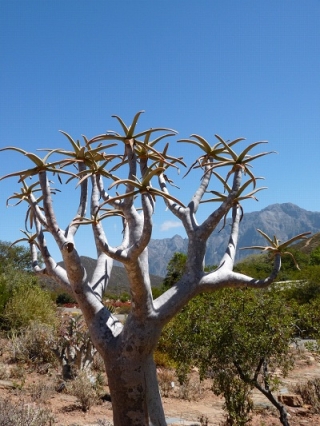 For more than 40 years, the International Union for Conservation of Nature (IUCN) has published the Red List of Threatened Species describing the conservation status of various species of animals. They are now also including plants in their lists and the picture they present is dramatic. According to recent estimates, around 20 per cent of flowering plants are currently at risk of extinction – though the exact number is unknown since such a small proportion of plant species has even been measured.

Now, however, research conducted in South Africa and the U.K. by an international team of researchers led by McGill biologist Jonathan Davies and Vincent Savolainen from Imperial College London and Kew Gardens, suggests that the criteria for assessing risk of extinction in plants should be revisited. “Reducing rates of extinction represents one of the greatest ecological challenges of our time,” Davies said, “but identifying which species are most at risk can be difficult.”

By some criteria, a species is considered at risk if it is to be found only in a limited geographical range and if it has a small population size. But through molecular analysis of DNA sequences from plant specimens, the researchers have been able to show that these criteria also describe species that are relatively new arrivals. “In plants, we show that the processes of extinction and speciation [the evolutionary process by which new species arise] are linked – seemingly the most vulnerable species are often the youngest. Young species may appear at high risk of extinction simply because their populations have not yet had time to grow and spread. However, it is also possible that some plant species might be doomed to extinction from their very inception,” Davies said.

Deciding which species should have the highest priority for conservation is a fraught process and these findings are likely to be controversial Savolainen suggested. “Our results challenge the application of the same sets of threat criteria across living organisms – plant versus animals – and across regions – biodiversity hotspots versus temperate countries such as the UK". Savolainen added: "The IUCN is doing an important job, but we may need to think of ways to fine tune the implementation of 'Red List' criteria for rapid assessments of threat – a daunting task that might prove even more pressing given the changes we see in our global environment.”

The research was funded by The Darwin Initiative, the Royal Society (UK), the South African National Research Foundation, the Leverhulme Trust, the Natural Environment Council (UK) and the European Research Council.