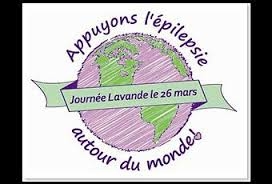 The Neuro has been at the forefront of epilepsy treatment and research for over half a century. The “Montreal Procedure” developed by Dr. Wilder Penfield and colleagues revolutionized the surgical treatment for epilepsy, allowing thousands of patients to start new lives free of seizures. The use of electroencephalography (EEG) and magnetic resonance imaging (MRI) for the study and treatment of epilepsy was pioneered at The Neuro.

What’s new in epilepsy research at The Neuro
The Neuroimaging of Epilepsy Laboratory led by husband and wife team Dr. Neda and Andrea Bernasconi uses advanced image analysis methods to investigate the causes and consequences of epilepsy. The use of MRI can have a major impact on the pre-surgical evaluation of patients whose epilepsy symptoms do not respond to drug treatment.

Innovative brain imaging methods discover lesions that cause epilepsy
New research demonstrates the value of using advanced MRI methods as a non-invasive technique in search of lesions that irritate the brain and cause seizures. Computerized analysis of MRI data can reliably locate the brain tissue that must be surgically removed to stop a patient’s seizures. Such data can also guide surgery even when lesions are too small to be clearly visible. The Neuroimaging of Epilepsy Laboratory showed for the first time that automated programs greatly increase diagnostic confidence when looking for brain development malformations. As a result, patients may not need to be monitored with electrodes inserted in the brain.

For a detailed INTERVIEW with Neda Bernasconi, see: http://bit.ly/1glUsJu

Brain wiring: a new way to understand epilepsy
Using advanced functional MRI and computer-based models of brain networks, the Neuroimaging of Epilepsy Laboratory has demonstrated that although seizures originate within a small region of the brain in patients with drug-resistant epilepsy, the rest of the brain is abnormally wired. An understanding of how the brain is organized helps clinicians to identify more accurately patients who will benefit from surgery; informs patients about their chances to become seizure free after surgery; and helps neurosurgeons in planning the operation.

A biomarker for epilepsy
Research at The Neuro demonstrates the value of using EEG to monitor high-frequency oscillations (HFOs) in a patient’s brain. Information from HFOs can be used as a valuable biomarker, which is an indicator of a diseased state.  HFOs also appear to provide a better indication of the specific brain tissue that surgeons must remove to prevent a patient’s seizures.  Further study of HFOs could reveal information about the genesis of epilepsy, especially in children.  This research was led by The Neuro’s Jean Gotman in collaboration with colleagues, Francois Dubeau and Rina Zelmann.

Epilepsy and The Neuro:

Epilepsy specialists at The Neuro

Eva Andermann -  investigates genetic factors in epilepsy and in epilepsy syndromes, and provides genetic counselling to families of epilepsy patients.

Jean Gotman – uses EEG and functional imaging techniques to investigate the mechanisms of generation of epileptic discharges  His work aims to improve understanding of epileptogenesis and diagnostic techniques.  He also analyzes patterns of High Frequency Oscillations in the EEG, which could improve the ability to localize epileptogenic regions and better understand epileptogenesis.

Epilepsy is a neurological disorder characterized by a sudden, brief change in the brain, expressed as a seizure.  Epilepsy affects many Canadians.  According to Epilepsy Canada, approximately one per cent of Canadians have epilepsy. This includes people who take anticonvulsant drugs or who had a seizure within the past five years.  30% of new Canadian cases each year are among children.  In about half of child cases, seizures eventually disappear.  Epilepsy is a result of different causes: malformations during brain development, a head injury that causes scarring to the brain tissue, high fever and prolonged convulsions during early childhood, trauma at birth, a stroke or tumour.  One out of three patients cannot control seizures solely by using available medications. For these patients, surgical removal of the brain tissue causing seizures is the only known effective treatment for controlling seizures and improving quality of life.  Seizures can be triggered by outside events such as strobe lights, or by a person’s state of health---fatigue, illness, hunger, emotional stress.


The Neuro: The Montreal Neurological Institute and Hospital -- The Neuro, is a unique academic medical centre dedicated to neuroscience. A research and teaching institute of McGill University, The Neuro forms the basis for the Neuroscience Mission of the McGill University Health Centre. Founded in 1934 by Dr. Wilder Penfield, The Neuro is recognized internationally for integrating research, compassionate patient care and advanced training, all key to advances in science and medicine. Neuro researchers are world leaders in cellular and molecular neuroscience, brain imaging, cognitive neuroscience and the study and treatment of epilepsy, multiple sclerosis and neuromuscular disorders. For more information, please visit www.theneuro.com