Omar Farahat to join the Faculty of Law as Assistant Professor 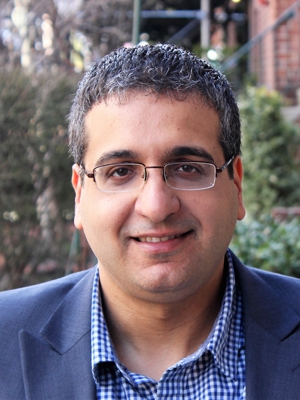 The Faculty of Law is pleased to announce the appointment of Dr. Omar Farahat as Assistant Professor.

Dr. Farahat completed his Ph.D. at Columbia University in 2016, after which he worked as a Research Fellow at Yale Law School. Prior to that, he obtained a dual law degree from Université Paris 1 Panthéon-Sorbonne and Cairo University in 2004, an LL.M. from Harvard Law School in 2007, and an interdisciplinary M.A. in the humanities from New York University in 2010. He has practiced law in Cairo, New York, and Paris.

Farahat’s first book project, based on his doctoral dissertation, explores the role of divine commands as a normative source in Islamic legal theory.

Farahat’s work on Islamic legal theory and ethics has appeared in the Journal of Law and Religion and the Journal of Religious Ethics. He has presented his research for the Middle East Studies Association, the British Association for Islamic Studies, and Yale’s CMES Colloquium Series. He has research forthcoming in The Routledge Handbook of Islamic Law and in Oriens.

“Dr. Farahat combines professional practice experience with sterling credentials from some of the world’s greatest universities,” said Dean Robert Leckey. “He will help us to fulfill further our commitment to pressing our distinctive integrated approach beyond state law.”

We look forward to welcoming our new colleague to Montreal for the fall term!