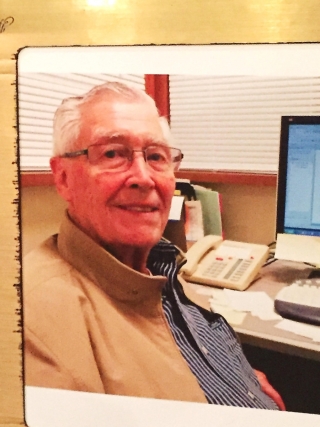 It is with great sadness that we announce the passing of Professor Robert ('Bob') Marchessault, who died peacefully last month on September 16th, 2015, the day of his 87th birthday.

Bob was a true pioneer in many areas of polymer chemistry, an early champion of the 'new' concept of biodegradable commodity plastics, and was a key advocate in Canada and internationally of responsible development of the chemical industry, and in Green Chemistry and sustainability in particular.  He was also one of the pioneers in the application of modern experimental methods to understand the structure and chemical derivatives of the most abundant polymer in the world- cellulose. He was widely considered to be one of the most influential pioneers and one of the key founders of the current worldwide research and development of bacterial polyesters (“bioplastics”), now both widely-used in basic scientific research, and in industrial applications.

Born in Montreal, Bob was educated at Loyola College, now Concordia University.  He was an accomplished hockey player, in fact played for the Montreal Royals in the Quebec Hockey League in the 1948-50 seasons, at the time when Jacques Plante was their goalie, and Jean Béliveau played for the rival Quebec Aces.   But Bob’s true passion was in research.

Bob earned a PhD from McGill in 1954, and after postdoctoral work at the University of Uppsala in Sweden, he spent several years as a research scientist at American Viscose Corporation, in Philadelphia, where his research was devoted to dissolving wood pulp and its conversion to cellulose xanthate and rayon fibers.   From 1961 to 1969 he was Professor of Polymer Physical Chemistry in the College of Forestry at SUNY Syracuse, N.Y.

In 1969, Bob returned to Montreal as Professor and Director of the Department of Chemistry at Université de Montreal.  From 1978 to 1987, Bob served as Vice President of the Xerox Research Centre of Canada, which was recognized as one of Canada’s leading industrial R&D labs under his watch.  Bob returned to Montreal to McGill in 1987, to take on an NSERC-Xerox Industrial Research Chair.   In 1993, he was appointed to the prestigious E.B. Eddy Chair of Industrial Chemistry which he occupied until becoming Emeritus Professor in 2005.  He remained active in research until his last year.

Bob liked to say that he learned some important skills from his early hockey days – skills occasionally needed as a Department Chair and multinational corporation executive. These included stick-handling, skating around issues, and the occasional use of a sharp elbow when called for.

As a colleague, Bob was a noted classroom teacher, an excellent graduate mentor, and a major contributor to McGill’s research infrastructure, especially in his role as coordinator of McGill’s first years of CFI applications. We will also remember Bob as a very passionate researcher who firmly contended that we, as scientists, should direct our research efforts towards practical (technological) applications.  The 80 graduate and postdoctoral students he trained (34 PhD, 24 MSc, and 22 PDFs) greatly benefited from his wide ranging views on pure and applied science.

“You like to see a university be part of the economic stream. I don't think university researchers have the freedom to do anything they want. You have an obligation to be relevant. I don't mean research has to be subservient to industry. But when you train students, you have to realize that most of them are going to be out in the real world. You need to have curricula which fit."

"There should be some freedom to do things which are pure research, but that shouldn't necessarily constitute the whole of your research program. Without being subservient to industry, research ought to be defendable with respect to the interests of your country."  (McGill Reporter, 1989).

In 1986, Bob was named by Prime Minister Brian Mulroney to Canada's National Advisory Board on Science and Technology. The Canadian Chemical Society recognized his professional leadership by awarding him the Montreal Medal in 1991.  He was elected as Fellow of the Royal Society of Canada, the American Physical Society, and the Chemical Institute of Canada.  In 2000, he was made an officer of the Order of Canada, and in 2002 he was awarded the Queen’s Jubilee Medal.

To Mary, his wife of 63 years, whose love and support he cherished to the end, and to their 6 children, Robert, Nicole, Claude, Janine, Kim and Pierre, ten grandchildren, and other members of his family, we offer our heartfelt sympathy.   May all of us here at McGill be comforted by the knowledge that Bob left an impressive mark on campus by his scholarship, his early and passionate vision of green and sustainable industry in Canada, and the role he played in the education of students at McGill and elsewhere for over 50 years.