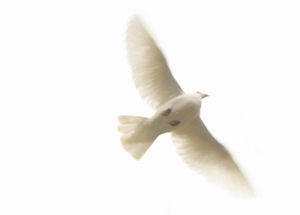 McGill University is now officially a member of the Scholars at Risk Network.

Furthermore, Dr. Nandini Ramanujam, Executive Director of the Centre for Human Rights and Legal Pluralism, has been appointed as McGill's representative in the SAR Network, and will coordinate the program here.

Hosted by New York University, the Scholars at Risk (SAR) Network is the only international network of higher education institution dedicated to promoting academic freedom and defending threatened scholar and universities worldwide. Founded in 2000, SAR includes more than 220 member institutions and has provided assistance to more than 300 threatened scholars.

Help includes arranging temporary positions of academic refuge for threatened scholars, a well a hosting academic freedom workshops and advocating on behalf of scholars in prison.

Sinead O'Gorman, Deputy Director of the SAR Network, writes, "Academic freedom is central to the mission of every higher education institution, and that central value is under attack every day. Around the world, scholars are threatened and killed at an alarming rate, and colleges and universities are pressured and shut down. We are delighted that McGill University has agreed to join the Network."