McGill tops Maclean’s ranking for 8th year in a row 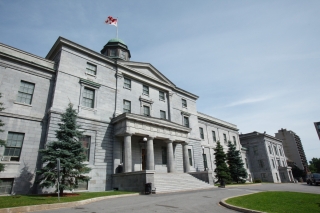 For the 8th consecutive year, McGill University is ranked first in the medical-doctoral category in Maclean’s magazine’s annual issue devoted to Canadian universities.

“We are pleased by this recognition, which reflects the outstanding quality and dedication of our faculty, students and staff,” said McGill Principal and Vice-Chancellor Heather Munroe-Blum.

“At the same time, we recognize that we can’t afford to stand still at a time when universities in Asia and elsewhere are rising into the top global rankings. That competitive challenge is coming from countries that are committed to supporting a group of universities with world-class talent, research and teaching strengths. Quebec, and Canada as a whole, must also focus efforts strategically if they aim to sustain a presence of researchers and institutions of higher education in the group of global leaders.”

“While different ranking systems measure different elements of performance, and each system has its strengths and weaknesses, our consistently strong showing in a range of widely followed rankings underscores McGill’s position among the world’s leading universities,” Prof. Munroe-Blum said. “I applaud the dedication to excellence of my colleagues and students.”