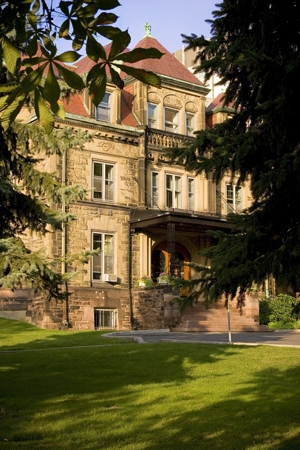 McGill University’s Faculty of Law has been ranked 26th among the world’s law schools by the QS World University Rankings – Law for 2015.

“McGill Law graduates contribute to all areas of law and society in Canada and globally, including public and private international law, human rights and international business law,” said Daniel Jutras, Dean of McGill’s Faculty of Law. “We are delighted that the exceptional expertise and dedication of Canada’s oldest law faculty has been recognized by QS and those surveyed.”

About the Faculty of Law

McGill's Faculty of Law is unique in that students study in both French and English, and earn both common and civil law degrees in a comparative and integrated program of legal studies.

Among McGill’s distinguished law alumni are such figures as Canadian prime ministers Sir John Abbott and Sir Wilfrid Laurier; the founding Director of the United Nations Human Rights division within the United Nations Secretariat. and author of the first draft of the Universal Declaration of Human Rights, John Peters Humphrey; L. Yves Fortier, former Ambassador and Canada’s Permanent Representative to the United Nations and one of the top arbitrators in the world; Hubert T. Lacroix, President and CEO of CBC/Radio-Canada; as well Clément Gascon, presently a justice at the Supreme Court of Canada.

Founded in Montreal, Que., in 1821, McGill is Canada’s leading post-secondary institution. It has two campuses, 11 faculties, 11 professional schools, 300 programs of study and more than 36,000 students, including 8,300 graduate students. McGill attracts students from over 150 countries around the world, with more than 7,200 international students making up 20 per cent of the student body. Almost half of McGill students claim a first language other than English, including more than 6,200 francophones.