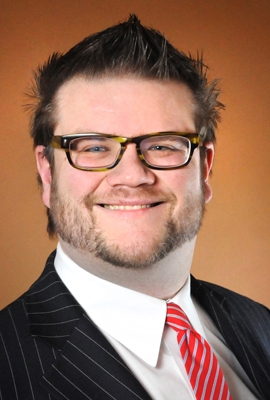 Ménard, whose research aims to build a comparative analysis of the way the best interest of the child principle (BICP) is understood and applied in medical treatment of ill newborns, will be joining a community of outstanding individuals who have the drive and ability to take on some of modern society’s most critical issues.

Jean Frédéric Ménard began his doctoral studies at University College London in October 2012, where he has focused on medical law and ethics, as well as on jurisprudence and legal theory, working on a research project titled "Exploring the Challenges of the ‘Best Interest of the Child’ Principle in Neonatology: Perspectives from Comparative Law and Medical Ethics."

While studying at McGill, Ménard was a research and teaching assistant to several professors and served as the interim editor-in-chief of the Revue québécoise de droit international.

Upon graduation, Ménard served as law clerk to the Honourable Justice Louise Charron of the Supreme Court of Canada. After practising tax law with a prominent Canadian firm, he became the assistant director of the Crépeau Centre for Private and Comparative Law in 2009, where he supervised several research projects  over two years.

"Jean Frédéric is a wonderful choice as a Trudeau Scholar, said Professor Lionel Smith, who heads the Crépeau Centre. “He is a natural leader who brings out the best in other people. He is disciplined and passionate, and I feel sure that he will make significant contributions to legal and bioethical research, and to important questions of social policy in the field of medical care."

Jean Frédéric Ménard also held the position of clinical ethics consultant at the Montreal Children's Hospital, which is where he developed the strong interest in pediatric ethics that he is now pursuing in his doctoral work.

The prestigious Scholarships are granted by the Trudeau Foundation to social sciences and humanities students who are examining matters of present-day concern to Canadians in key areas such as the environment, international affairs, responsible citizenship, and human rights and dignity. Many Trudeau Scholars go on to become leading national and international figures.