To live and learn: making memories has to be a speedy business 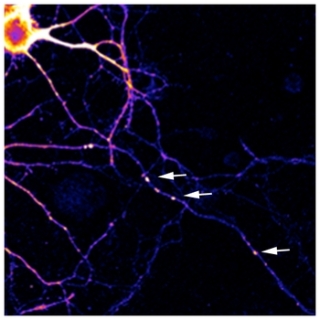 The brain is plastic - adapting to the hundreds of experiences in our daily lives by reorganizing pathways and making new connections between nerve cells. This plasticity requires that memories of new information and experiences are formed fast. So fast that the body has a special mechanism, unique to nerve cells, that enables memories to be made rapidly. In a new study from The Montreal Neurological Institute and Hospital, The Neuro, McGill University with colleagues at the Université de Montréal, researchers have discovered that nerve cells have a special ‘pre-assembly’ technique to expedite the manufacture of proteins at nerve cell connections (synapses), enabling the brain to rapidly form memories and be plastic.

Making a memory requires the production of proteins at synapses.  These proteins then change the strength of the connection or pathway.  In nerve cells the production process for memory proteins is already pre-assembled at the synapse but stalled just before completion, awaiting the proper signals to finish, thereby speeding up the entire process.  When it comes time to making the memory, the process is switched on and the protein is made in a flash. The mechanism is analogous to a pre-fab home, or pre-made pancake batter that is assembled in advance and then quickly completed in the correct location at the correct time.

“It’s not only important to make proteins in the right place but, it’s also important not to make the protein when it’s the wrong time,” says Dr. Wayne Sossin, neuroscientist at The Neuro and senior investigator on the paper. “This is especially important with nerve cells in the brain, as you only want the brain to make precise connections.  If this process is indiscriminate, it leads to neurological disease. This mechanism to control memory protein synthesis solves two problems: 1) how to make proteins only at the right time and 2) how to make proteins as quickly as possible in order to tightly associate the synaptic change with the experience/memory.

Making proteins from genetic material involves two major steps [a Nobel prize was awarded for the identification of the cell’s protein-making process]. In the first step, called transcription, the information in DNA that is stored and protected within the centre of the cell is copied to a messenger RNA (mRNA) – this copy is then moved to where it is needed in the cell. In the second step, called translation, the mRNA is used as a template of genetic information and ‘read’ by little machines called ribosomes, which decode the mRNA sequence and stitch together the correct amino acids to form the protein.

Dr. Sossin’s group at The Neuro has discovered that the mRNA travels to the synapse already attached to the ribosome, with the protein production process stopped just before completion of the product (at the elongation/termination step of translation, where amino acids are being assembled into protein). The ‘pre-assembly’ process then waits for synaptic signals before re-activating to produce a lot of proteins quickly in order to form a memory.  “Our results reveal a new mechanism underlying translation-dependent synaptic plasticity, which is dysregulated in neurodevelopmental and psychiatric pathologies”, added Dr. Sossin. “Understanding the pathways involved may provide new therapeutic targets for neurodevelopmental disorders. “