Exhibit of sampling of the J. Patrick Lee Voltaire Collection runs from October 27 to January 31 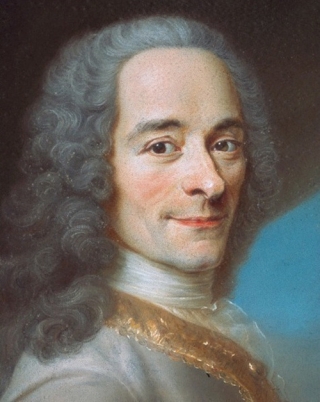 The McGill Library will celebrate the recent acquisition of the J. Patrick Lee Voltaire Collection by launching on Sunday, Oct. 27 an exhibit presenting a sampling of the collection. Belonging to the late, eminent Voltaire scholar J. Patrick Lee, the collection of books and manuscripts by and about Voltaire includes 1,994 items representing 3,189 volumes. In addition to the large number of older editions and more recent editions of Voltaire’s work, in different languages, the collection includes an ensemble of manuscripts and letters written or received by Voltaire. The collection, acquired thanks to the generosity of numerous donors, also includes over 1,000 books published in the 18th century.

The Library’s Rare Books and Special Collections will launch the exhibit, titled Voltaire: A Sampling of the J. Patrick Lee Collection, at McGill’s Open House on Sunday, October 27, from 10 a.m. to 3 p.m. The exhibit includes editions of Voltaire's well-known work Candide, modern illustrated editions, a selection of Voltaire's other works in early editions, editions of works by some contemporaries and a number of manuscripts, including two letters by Voltaire. The exhibit runs until January 31st, 2014 in the Rare Books and Special Collections’ Reading Room (full details at the end of this release).

“Adding the J. Patrick Lee Collection of rare materials by Voltaire and his contemporaries to an already significant collection of related works is a unique opportunity of importance and benefit to McGill University, Montreal and Quebec as a whole,” said Prof. Richard Virr, Chief Curator, Rare Books and Special Collections. “With the acquisition of this collection, McGill has the potential to be the Canadian centre for 18th-century studies and, indeed, one of North America’s leading centres for the study of the Enlightenment.”

“The McGill Library has truly outstanding 18th-century strengths in the history of ideas,” added Prof. Virr. “From Pierre Bayle, the precursor of the Enlightenment, through Immanuel Kant, who was to have a major influence on 19-century thought, the Library’s holdings represent both comprehensiveness and depth. Furthermore, it is supported by a large collection devoted to Jean-Jacques Rousseau. The one major figure of the 18th century who did not have comprehensive coverage in the Library’s holdings is Voltaire. This acquisition signals in a significant way the importance of McGill University within Canada as a centre for research and study of history, philosophy, and literature. The J. Patrick Lee Collection will now be available for scholarly research, study and learning in a myriad of ways and disciplines.”

Rare Books and Special Collections is located on the 4th floor of the McLennan Library Building (3459 McTavish Street). Open to the public Monday - Friday, 10 a.m.-6 p.m. Admission is free. For more information visit:

J. Patrick Lee (1942-2006) was one of the pre-eminent scholars on Voltaire in the United States. He was a professor at Brescia College (Kentucky) and at the University of Georgia and held professor and administrator positions at Belmont Abbey College (North Carolina) and Barry University (Florida). Over the course of his career, he wrote many articles on Voltaire and reviews of books relating to him or 18th-century studies. He was on the editorial board of the Voltaire Foundation’s Œuvres complètes de Voltaire.

About the McGill University Library

The Library provides the comprehensive information infrastructure necessary to sustain leading-edge teaching, learning and research activity at McGill University. It holds more than seven million items in its various collections, which are located in 12 branches across McGill’s downtown and Macdonald campuses. Receiving over 5.8 million visits annually, and millions more visits online, it is an invaluable support system for the McGill community, with rich collections, comprehensive information resources, innovative services and attractive, comfortable facilities. For more information: www.mcgill.ca/library/