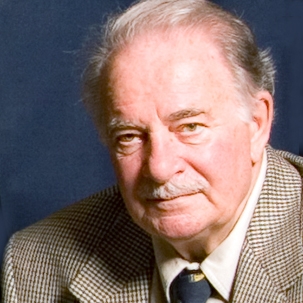 The McGill University Flag will be lowered, on April 27, in memory of Ivan A. Vlasic, Professor Emeritus, Institute of Air & Space Law.

We have received many testimonials and have started publishing them on the IASL website: www.mcgill.ca/iasl/press/ivanvlasic.

Born in Italy on July 29, 1926, Ivan Vlasic fought in the resistance against Nazi occupation and was a decorated World War II veteran of the Yugoslav partisan army. After earning an undergraduate degree in Yugoslavia, he came to Canada to study law at McGill University. He then earned a PhD from Yale Law School and taught in Florida and Ottawa. He joined McGill's Faculty of Law in 1963 and retired 33 years later in 1995. McGill University made him Professor Emeritus in 1996.

For many years, Professor Vlasic was McGill's principal instructor of public international law. He also served from 1971 to 1975 as director of the McGill Institute of Air and Space Law (IASL) and was a mainstay of the Institute throughout his entire McGill career.

According to Professor Paul Dempsey, DCL'86, director of the IASL, "Professor Vlasic's scholarship is among the most highly respected in the field of Space Law. Students will remember him as a powerful force in the classroom. He was a formidable and dynamic colleague, one who is missed by all who had the pleasure of sparing with his sharp intellect."

As a researcher, Professor Vlasic was noted for his contributions to scholarship on international disarmament and international space law. He prepared two important reports for the United Nations - one on remote sensing, the other on the establishment of an international satellite monitoring agency - which have helped shape the discussions on these subjects. He frequently served as a consultant to UN organizations and to the Canadian government.

Professor Vlasic's research also focused on the legality and control of weapons of mass destruction. He co-authored a seminal book entitled Law and Public Order in Space. According to Professor Ram Jakhu, LLM'78, DCL'83, "this far-reaching study laid down the conceptual and philosophical framework for the law of outer space as we know it today."

George Robinson, LLM'67, DCL'70, Vlasic's first doctoral student at the IASL, remembers his supervisor as an assertive and opinionated academic who loved nothing more than a good debate. "He was my faculty advisor, both for my rather controversial master's dissertation and also for my doctoral degree, the first DCL awarded by the IASL. In later year, he freely gave his extraordinary insights to help me with several difficult cases I was handling in the former Yugoslavia."

For decades, Professor Ivan Vlasic was a talented mentor to many master's and doctoral students who emerged from McGill's Institute of Air and Space Law. According to Dean of Law Daniel Jutras, "Professor Vlasic was a towering figure in the Institute of Air and Space Law, and a mentor to many of its graduate students. We offer his family our condolences."