How metabolism and brain activity are linked 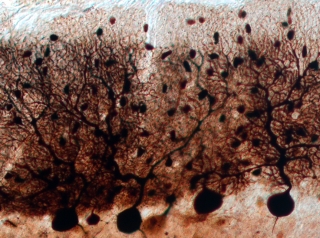 A new study by scientists at McGill University and the University of Zurich shows a direct link between metabolism in brain cells and their ability to signal information. The research may explain why the seizures of many epilepsy patients can be controlled by a specially formulated diet.

The findings, published Jan. 16 in Nature Communications, reveal that metabolism controls the processes that inhibit brain activity, such as that involved in convulsions. The study uncovers a link between how brain cells make energy and how the same cells signal information – processes that neuroscientists have often assumed to be distinct and separate.

“Inhibition in the brain is commonly targeted in clinical practice,” notes Derek Bowie, Canada Research Chair in Receptor Pharmacology at McGill and corresponding author of the study. “For example, drugs that alleviate anxiety, induce anesthesia, or even control epilepsy work by strengthening brain inhibition. These pharmacological approaches can have their drawbacks, since patients often complain of unpleasant side effects.”

The experiments showed an unexpected link between how the mitochondria of brain cells make energy and how the same cells signal information. Brain cells couple these two independent functions by using small chemical messengers, called reactive oxygen species (or ROS), that are normally associated with signaling cell death. While ROS are known to have roles in diseases of aging, such as Alzheimer’s and Parkinson’s, the new study shows they also play important roles in the healthy brain.

The findings emerged from an ongoing collaboration between Prof. Bowie’s laboratory in McGill’s Department of Pharmacology and Therapeutics and a research team headed by Dr. Jean-Marc Fritschy, Professor of Pharmacology at the University of Zurich and current director of the Neuroscience Center Zurich (ZNZ).  The researchers have the longer term aim of trying to understand why the seizures of many epilepsy patients -- especially young children – can be treated with a high-fat, low-carbohydrate diet known as the ketogenic diet.

The idea that diet can control seizures was noticed as far back as ancient Greece, during periods of fasting. From the 1920s until the 1950s, the ketogenic diet was widely used to treat epilepsy patients. With the introduction of anticonvulsant drugs in the 1950s, the dietary approach fell out of favour with doctors. But because anticonvulsant drugs don’t work for 20% to 30% of patients, there has been a resurgence in use of the ketogenic diet.

“Since our study shows that brain cells have their own means to strengthen inhibition,” explains Prof Bowie, “our work points to potentially new ways in which to control a number of important neurological conditions including epilepsy.”