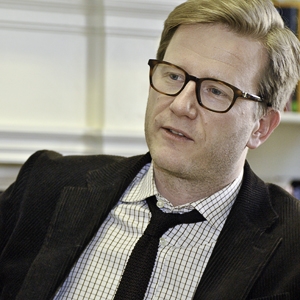 Law Professor Helge Dedek has been invited to join the Advanced Studies Centre at the University of Bonn, Germany, for the academic year 2011-2012.

The Centre houses a "Käte Hamburger Kolleg". These Kollegs are funded through a multi-million dollar commitment from the German Federal Ministry of Science and Research to support interdisciplinary research in the Humanities and Social Sciences. In a highly competitive process, German universities apply to be chosen as hosts of a Käte Hamburger centre. So far, eight projects have been chosen.

One of these projects, proposed by the University of Bonn, focuses on the topic of "Law as Culture". Professor Dedek is one of a handful of scholars who have been invited to share in this project - and perhaps the youngest among them. This prestigious appointment is a reflection of the high regard in which his scholarship is held in Germany and elsewhere.

Professor Dedek, who works in the field of legal history, explains, "My research project is entitled 'Rights as Culture - the Western Legal tradition as a Culture of Individual Rights'. I will be working on an account of how Western legal discourse has come to focus on the language of subjective rights - which represents a particularly individualistic view of law, as opposed to more communitarian visions."

"Professor Dedek's project - and indeed the Käte Hamburger Kolleg "Law as Culture" project as a whole - are perfectly lined up with McGill Law's commitment to interdisciplinary approaches to law and to strong links with the Humanities, " said Dean Daniel Jutras. "Helge's fellowship will bring him great rewards, and also help us connect with the most dynamic scholars in law and humanities in Germany and beyond."

Professor Dedek will be on leave from McGill's Faculty of Law from September 2011 to August 2012.