Noumoff: Free Education for All

Far from being free-loading spoiled brats, students who ask for free university education might hold the key to a brighter economic future for us all, argues Sam J. Noumoff, retired Professor of Political Science at McGill University.
Permit me to begin this short contribution with my conclusion. Higher education should be free for all qualified students.

Let me explain my logic. Society as a whole benefits exponentially from the highest level possible of an educated population. This is especially true in an economic environment where traditional manufacturing industries migrate to lower wage areas of the increasingly integrated global economic system. Our material wealth, consequently, will increasingly be derived from the cultivated maturity of our brain power; knowledge industries. This can only emerge if the reservoir from which we draw is as wide as possible. This does not infer a free pass for everyone. What is does require is a strengthening of the pre-University education system focusing on intellectual development which levels the uneven “playing field” inherited from the existing society. No doubt differences in preference, temperament, skills and other factors which differentiate each individual will play the defining role in where a given individual is ultimately located. Wherever this ultimately is, it will be at the highest level.

While entry into the University is critical it is not a guarantee of a degree. Knowledge acquisition must be integrated, evaluated and ultimately judged. This can not truly occur when, as happened recently in a professional faculty at McGill, a Chair took over the awarding of grades in a course, passing every student, including one who failed to turn in even one semester assignment. This bureaucratic interference with the learning process in the name of “departmental branding” is an insidious subversion of the educational mission. Students must bve permitted to enter free, and exit when they have earned the degree.

In a recent entry on the blog , Statistical Modeling, Casual Inference & Social Science, Columbia University professor Andrew Gelman summarizes an article on U.S. college admission in which the author commenting on Harvard, Ron Unz recommends that Harvard, for example, "get rid of preferences for athletes, musicians, and rich people." Reflect for a moment on the transformation of U.S. society which would result if Harvard and other institutions of advanced learning would adopt this recommendation. Canada would surely also benefit from Universities abandoning their own equivalent of the Harvard admissions procedure.

To McGill’s credit, some years ago a member of the Montréal elite appealed the admissions denial of his son claiming he could (and did) obtain the young man’s admission to Princeton. The appeal failed, even though one member of the appeals committee opined in defining his/her view that the students should be admitted, and a (I paraphrase from memory), “what is the value of money unless it can be put to use in such a case?”

By the numbers
For those not persuaded by the argument based on societal morality, let us look at the issue from a purely economic cost/benefit perspective. University graduates will more than compensate society for a free education by increasing the tax they will pay as a result of higher income and less social dislocation. In the U.S. the medium annual income of College graduates is $57,286, while for non College graduates it is $31,286. Over a working life, High School graduates will earn $1.2 million, while College graduates will earn on average $2.1 million. Turning to Canada the following figures are conclusive, all-be-they somewhat lower than the U.S.:

These figures totally belie the argument that students who call for the abolition of tuition are free loading spoiled brats. They indeed are the economic and intellectual future of the nation, lest we forget that a broadly educated population elevates the cultural level of the entire society. 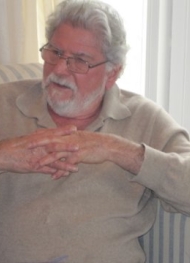 * Sam Noumoff joined the McGill Staff in 1967, and retired in 2005. During his stay at McGill, he served on the Tri-Partite Commission on the Nature of the University, the first elected Senate where he remained for virtually all of his McGill stay, as well as on the Board of Governors as a Senate Representative. He also served as Director of the Centre for East Asian Studies and the Centre for Developing Area Studies, as well as Faculty Advisor. Sam Noumoff has also served as advisor to four economic zones in China.
Related Links:
Reflections on Higher Ed / Observatoire de l'éducation supérieure
Last updated: 01/23/2013 - 12:27
Back to top
McGill University
Copyright © 2023 McGill University
Accessibility Log in