Everything in moderation: excessive nerve cell pruning leads to disease 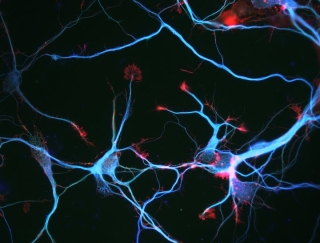 Scientists at the Montreal Neurological Institute and Hospital-The Neuro, McGill University, have made important discoveries about a cellular process that occurs during normal brain development and may play an important role in neurodegenerative diseases. The study’s findings, published in Cell Reports, a leading scientific journal, point to new pathways and targets for novel therapies for Alzheimer’s, Parkinson’s, ALS and other neurodegenerative diseases that affect millions of people world-wide.

Research into neurodegenerative disease has traditionally concentrated on the death of nerve cell bodies. However, it is now certain that in most cases that nerve cell body death represents the final event of an extended disease process. Studies have shown that protecting cell bodies from death has no impact on disease progression whereas blocking preceding axon breakdown has a significant benefit.  The new study by researchers at The Neuro shifts the focus to the loss or degeneration of axons, the nerve-cell ‘branches’ that receive and distribute neurochemical signals among neurons.

During early development, axons are pruned to ensure normal growth of the nervous system. Emerging evidence suggests that this pruning process becomes reactivated in neurodegenerative disease, leading to the aberrant loss of axons and dendrites. Axonal pruning in development is significantly influenced by proteins called caspases. “The idea that caspases are even involved in axonal degeneration during development is very recent” said Dr. Philip Barker, a principal investigator at The Neuro and senior author of the study.

Dr. Barker and his colleagues show that the activity of certain ’executioner’ caspases (caspase-3 and caspase-9) induce axonal degeneration and that their action is suppressed by a protein termed XIAP (X-linked inhibitor of apoptosis). “We found that caspase-3- and -9 play crucial roles in axonal degeneration and that their activities are regulated by XIAP. XIAP acts as a brake on caspase activity and must be removed for degeneration to proceed” added Dr. Barker.

The Montreal Neurological Institute and Hospital — The Neuro, is a unique academic medical centre dedicated to neuroscience. Founded in 1934 by the renowned Dr. Wilder Penfield, the Neuro is recognized internationally for integrating research, compassionate patient care and advanced training, all key to advances in science and medicine. The Neuro is a research and teaching institute of McGill University and forms the basis for the Neuroscience Mission of the McGill University Health Centre.  Neuro researchers are world leaders in cellular and molecular neuroscience, brain imaging, cognitive neuroscience and the study and treatment of epilepsy, multiple sclerosis and neuromuscular disorders. For more information, visit theneuro.com