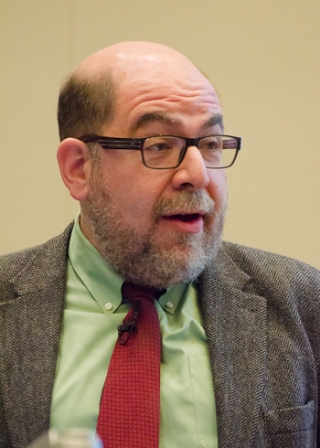 The Faculty of Law is delighted to announce the appointment of Professor Daniel Weinstock to the position of Director of the McGill Institute for Health and Social Policy, an interdisciplinary institute housed within the Faculty of Medicine at McGill University, starting August 1.

Daniel Weinstock joined the Faculty of Law in August 2012. He is one of the Principal Investigators of the Montreal Health Equity Research Consortium, and as a member of the Research Group on Constitutional Studies. Before joining the Faculty, he held the Canada Research Chair on Ethics and Political Philosophy and was the founding Director of the Research Centre on Ethics at the Université de Montréal (CRÉUM).

Daniel Weinstock has been an active participant in public policy for many years, including being the founding Director of Quebec’s Public Health Ethics Committee (2003-2008) and serving as a member of the Ethics Advisory Committee of the Public Health Agency of Canada since 2010. Most recently, he was a member of the Expert Panel on End-of-Life Decision-Making of the Royal Society of Canada.

Professor Weinstock, whose research and teaching explore how legal, ethical and empirical considerations interact in the making of public policy, has published more than 100 articles in scholarly books and journals. He has lectured around the world in both academic and public policy settings.

“Professor Weinstock’s nomination as director of the Institute further demonstrates the Faculty of Law’s expertise when it comes to complex issues that touch upon health, public policy, ethics and law,” said Daniel Jutras, Dean of the Faculty of Law. “Daniel Weinstock is both a leading interdisciplinary researcher and a terrific leader. He will be able to build, among other things, upon the successes of the Centre for Medicine, Ethics and Law, and the Research Group on Health and Law at McGill.”

Founded in 2007 as part of McGill’s cross-faculty Health and Society initiative, the Institute supports world-class research on how social conditions impact population health and welfare. In particular, it aims to translate research findings in the area of social inequalities and health outcome into concrete provincial, national and international policies.