Call for papers: The Politics of International Law 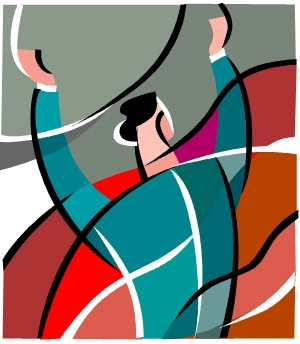 We are pleased to announce the second biennial Dean Maxwell and Isle Cohen Doctoral Seminar in International Law to take place on 15 and 16 June 2012, at the Faculty of Law of McGill University, in Montreal.

The Dean Maxwell and Isle Cohen Doctoral Seminar in International Law offers approximately twelve doctoral and post-doctoral researchers with a keen interest in international law the opportunity to present and discuss their research ideas with fellow researchers and professors from the Faculty.

We are currently running a call for papers (see below or download [.pdf]). Abstracts must be submitted by by April 10, 2012.

The aim of this second seminar is to explore the relationships between law and politics at the international level, with a focus on the competing themes of realism and idealism. The idealists of the 19th and 20th centuries had great ambitions for international law, considering it to be the primary basis for civilization and progress. The influence of realpolitik, they believed, would decline as States increasingly grasped the benefits of international cooperation and the costs of pursuing narrow self-interest.

That idealism seems to have been replaced by cynicism and skepticism on the part of opponents and even of proponents of international law. Many now question the power of norms to constrain State behaviour while others even maintain that the rhetoric of legitimacy has been abused for illegitimate purposes.

That is not to say that international law has declined; to the contrary, international courts and tribunals have proliferated, and the ICJ's docket is busier than ever. But the decisions of such tribunals often seem to be influenced by political considerations, and international judges and arbitrators are often criticized (in much the same way domestic judges are) as unelected actors who are unaccountable to any democratic process, an argument that gives support to those who would rather ignore than abide by those decisions.

Is a return to idealism called for in order to alleviate the pressure on international legal institutions brought to bear by powerful, self-interested actors, and the prevailing cynicism about the relevance of law? Or are idealists themselves shaped by self-interest and political considerations? In fact, one might well ask whether idealism contributes to the politicization of international law as ideologically-driven actors seek to further their own agendas under the cover of seemingly unimpeachable principles.

The various themes that conference papers might address include but are not limited to the following:

The Faculty of Law will pay for two nights' accommodation for each of the selected participants, and will also provide meals during the conference itself.  Participants will be expected to cover their own travel costs to and from Montreal and other incidental expenses.

Doctoral and post-doctoral researchers wishing to participate in the conference must electronically submit an abstract, by April 10, 2012, to Professor Jaye Ellis (jaye.ellis [at] mcgill.ca).

Abstract submissions MUST include the following:

The papers must be sent for posting on the website and circulation amongst the participants by 4 June 2012 at the latest.