Bibeau and Larocque named McGill athletes of the week 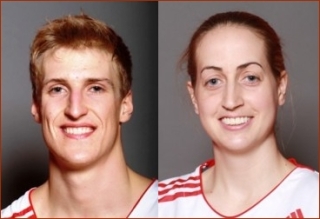 MONTREAL - Basketball players Simon Bibeau of St. Bruno, Que., and Natalie Larocque of Quebec City are the McGill University athletes of the week for the period ending Jan. 23, 2011.

Larocque, a 5-foot-7 guard with the division-leading Martlets, tallied 32 points and pulled down 14 rebounds in road victories against cross-town rivals Concordia and UQAM. She shot 41.4 per cent from the floor (12/29), made four of six three-pointers and went 4-for-4 from the free-throw line. The 24-year-old master's student in physical therapy netted 15 points in a 72-60 overtime victory at Concordia and added 17 points in a 93-68 win at UQAM. A product of Dawson College, Larocque transferred to McGill last fall after graduating from Northern Michigan.