Reference tracking requires the language user to both infer correct pronoun-referent mappings and dynamically update the discourse model following a change of referent status. Bilingual speakers of languages that allow a choice of pronominal forms (such as Italian and German) inconsistently extend the scope of the marked pronoun, both in production and in comprehension; in late bilinguals, these effects are attested in both the native and the second language, suggesting a convergence between L2 acquisition and L1 attrition. In contrast, linguistic structures that are less dependent on the integration of unpredictable contextual information are more stable in bilingual use. I will argue that becoming bilingual affects specific aspects of non-linguistic attentional control involved in the encoding of anaphoric relations, and this in turn leads to the selective effects attested in both the L1 and the L2 of advanced late bilinguals. More generally, the convergence between L1 and L2 may be a marker of flexibility and the result of a reorganization of the language system that allows successful late bilinguals to efficiently handle cross-language competition.

Dr. Sorace's research focuses on a number of interrelated questions that bring together linguistics, experimental psychology and cognitive science, and her research achievements and publications span different sub-fields of scientific enquiry. She is a world leading authority on bilingualism over the lifespan and is particularly well known for her studies of exceptionally talented ("near-native") adult second language speakers; for her research on the changes ("attrition") that take place in the native language of advanced second language speakers; for her investigation of bilingual language acquisition in early and late childhood, and of the effects of bilingualism in non-linguistic domains. She is also internationally known for her contribution to language typology, especially for her research on constrained variation at the lexicon-syntax interface, which she has investigated in many languages, and her studies of gradience in natural language. Moreover, she has given an important contribution to experimental methods in linguistics by pioneering the use of Magnitude Estimation as a technique for the elicitation of linguistic acceptability judgments. She is committed to disseminating the findings of research on bilingualism outside academia. She is the founding director of the information and consultancy centre Bilingualism Matters and was awarded a Beltane Fellowship for Public Engagement. 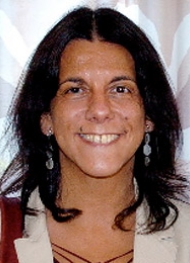