HEADS UP On The Concussion Issue 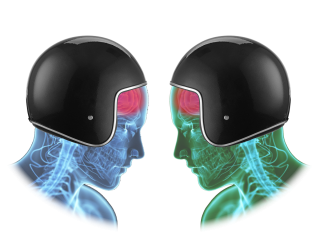 An all-star lineup of experts in the fields of sports and neurology will share a stage on Jan. 27 to discuss concussions, a serious injury that has only recently been getting the attention it deserves.

Entitled HEADS UP On The Concussion Issue, the event will be hosted by world champion diver Alexandre Despatie, and is broken into two separate parts:

Meet and Greet the Pros Cocktail

Athletes from the Montreal Canadiens, the Montreal Alouettes, the Montreal Impact, and Tennis Canada will be present for autographs and questions at the Meet and Greet the Pros Cocktail. Attending the cocktail event will be:

According to the Canadian Institutes of Health Research, traumatic brain injury (TBI) “is the key cause of disability in individuals under the age of 45, and constitutes an important global health burden that has until now defied conventional approaches to diagnosis and therapy development because of its heterogeneity and complexity.”

A tax receipt will be issued for part of the ticket amount. Cocktail ticket includes admission to the public lecture on concussion following the cocktail. All proceeds go to concussion research.

To purchase tickets for the public lecture, click here.