Why heart contractions are weaker in those with hypertrophic cardiomyopathy 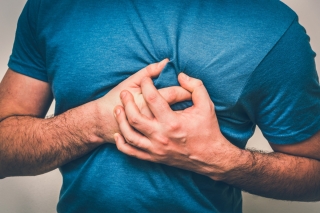 When a young athlete suddenly dies of a heart attack, chances are high that they suffer from familial hypertrophic cardiomyopathy (HCM). Itis the most common genetic heart disease in the US and affects an estimated 1 in 500 people around the world. A protein called myosin acts as the molecular motor which makes the muscles in the heart contract. Researchers had suspected for some time that the R403Q mutation in some of the myosin genes is among those that play a role in causing HCM. But experiments using mice models failed to show that this was indeed the case. (Mice are often used in experiments because their behaviour, biology and genetic material resemble those of humans).

An international team led by Professor Dilson Rassier from McGill’s Department of Kinesiology and Physical Education, has discovered, by working with transgenic rabbits with the R403Q mutation, that in these rabbits, individual myosin molecules and myofibrils (the basic rod-like filaments inside muscles) produce less force and a lower maximum velocity of contraction than those isolated from healthy hearts.

They reached this conclusion by using advanced techniques such as atomic force microscopy and molecular motility assays (which allows them to visualize the movements of these proteins in vitro) to look more closely at what was going on within myosin molecules and also within myofibrils.

“It’s been difficult to gain a clear picture of what is going on within the myosin proteins with this mutation, simply because of the technical and experimental limitations of looking closely at objects of this minute size and measuring their force and motility (myosin molecules are about 19 nanometres (0.0000019 centimetres),” explains Rassier. “The results should help clinicians develop drugs and chemicals that target this specific function of myosin in future.”

The research was funded by the National Institutes of Health (NIH), the Canadian Institutes for Health Research (CIHR) and the Natural Science and Engineering Research Council of Canada (NSERC).