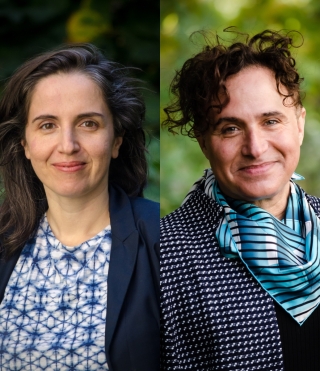 They will begin two-year terms on 1 September 2022 and 1 August 2022, respectively. They are replacing Professor Rosalie Jukier and Professor Andrea Bjorklund, who will have completed three years in these roles.

Professor Tina Piper teaches and researches in the areas of intellectual property law and legal history. She co-published the monograph Putting Intellectual Property in its Place: Creative Labour and the Everyday (Oxford University Press, 2013). She is a member of the Centre for Intellectual Property Policy (CIPP), and was its research director from 2010 to 2012. Before joining McGill University in 2005, she trained as a biomedical-electrical engineer, and completed her doctorate of law at the University of Oxford as a Rhodes Scholar. Professor Piper has taught the Treble Cliff, an interdisciplinary course with Music, Law and Management, on new models for music creation and distribution. She has chaired the Curriculum Committee (2009-2011) and the Working Group on Teaching and Learning Reform (2011-2012) and she helped create the Faculty’s Law Teaching Network (2010-present).

Professor Darren Rosenblum’s scholarship focuses on corporate governance, in particular diversity initiatives and remedies for sex inequality. They joined the Faculty of Law as full professor in August 2021, from the Elisabeth Haub School of Law at Pace University. In 2018, they served as Wainwright Senior Fellow at McGill, during which they taught a course on Sexuality, Gender and the Law. Professor Rosenblum clerked in the U.S. District Court of Puerto Rico (1996–1998), after which they practiced international arbitration at Clifford Chance and at Skadden Arps (1998–2004). They wrote the first article of queer legal theory, “Queer Intersectionality” (1994), and the first article on transgender prisoners, “Trapped in Sing Sing” (2000). As a Fulbright Research Scholar in France, they performed a qualitative study on the French quota for women on corporate boards, which they presented at the French National Assembly in 2015.

“I am thrilled that such wise, energetic, and dedicated colleagues are stepping up to assume roles crucial in the Faculty of Law’s collegial self-governance and I look forward to their leadership contributions,” said Dean Robert Leckey. “I extend my deep gratitude to Professors Jukier and Bjorklund, who have provided me precious counsel and helped us to maintain the highest standards of legal education possible for our students at all levels during a challenging, constantly changing period of the pandemic.”