Thanking Dr. Vania Jimenez for her years of leadership at GMF-U Village Santé 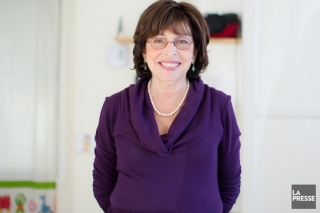 The words below represent a compilation of testimonials written by coworkers, friends and family

Dr. Vania Jimenez has an impressive background as a clinician, researcher and administrator, which makes it difficult to describe the scope of her work in a few words. She began her practice in the village of Saint-Ours, taking care of the local population. Dr. Jimenez’s patients became so attached to her that many of them followed her when she moved to Montreal and continue to make the trip 30 years later to consult with her. Her interest in multi-diversity and perinatal follow-ups has led her to monitor pregnant women in the Côte-des-Neiges neighbourhood since her arrival in Montreal.

“Vania and I have known each other since our medical school days,” shares Dr. Howard Bergman, Professor in the Departments of Family Medicine and Medicine and Assistant Dean, International Affairs at McGill University’s Faculty of Medicine and Health Sciences. “Her leadership, passion and dedication have led to her numerous and important contributions to primary care, the latest being Maison Bleue.”

Already a pioneer in interdisciplinary work, but seeing several obstacles in the existing system, Dr. Jimenez decided to co-found Maison Bleue, with her daughter, in 2007. It is in this non-profit organization, which serves as a preventive living environment for children, that the concept of social perinatology was born. Dr. Jimenez continued to work to make a difference in her other workplaces, including CLSCs and at the hospital.

Dr. Jimenez has been involved in so many projects that it is sometimes difficult to follow her path. She has always enjoyed teaching and working with students and residents. Dr. Jimenez became involved in the Department of Family Medicine at McGill and continued to help research by supporting several projects. She also worked in the Far North with the Indigenous population where she helped promote the role of local midwives in pregnancy follow-up.

Having had to stop obstetrical care in the last few years, Dr. Jimenez could very well have reduced her workload as most do. Instead, she decided to continue caring for sick children, but in a palliative care context at the Phare. She also works as an evaluator at the Collège des médecins du Québec.

As if that was not enough, Dr. Jimenez was also Director of Professional Services for several years, as well as head of UMF and GMF. As everywhere in the health care system, frustrations and obstacles accumulated over the years, but Dr. Jimenez, like a ship captain, was able to bring this huge project to a successful conclusion. She has always played a key role in conflict management, whether at the individual or systemic level, always taking the time to take an interest in other people's problems, to support her colleagues in difficult times and to fight to keep the team together. She did not let herself be overwhelmed by the weight of bureaucracy and succeeded in improving several services by promoting the strengths of each stakeholder.

Her departure will leave a void in the Department, but given her almost ubiquitous involvement, she will remain an essential ally.