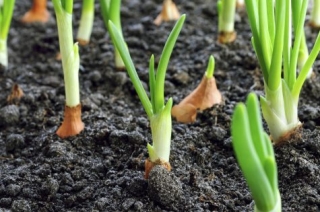 Early flowering, early fruiting: Anecdotal evidence of climate change is popping up as quickly as spring crocuses, but is it coincidence or confirmation that plants’ timing is shifting in response to warming temperatures?

Scientists have had few tools to piece together disparate, anecdotal data into a collective, bigger picture. Now, however, McGill University biologist Jonathan Davies and colleagues have produced a statistical estimator that extracts meaningful measures of phenological change – that is, the time a plant first leafs-out, flowers or sets fruit – from data collected by current and ancestral citizen scientists (Henry David Thoreau among the latter cohort), and along a continuous record from herbaria collections stretching more than two centuries into the past. Their findings appear in the Nov. 6, 2017, online edition of Nature Ecology & Evolution.

“Plant phenology provides a powerful symbol of how climate change is impacting our environment, and these changes can be observed both in nature and in the crops we plant and grow to feed ourselves,” Davies says. “Because we have short memories, it is difficult, however, to determine whether the changes we observe today are unusual or if they simply represent natural variation from year to year.”

Using new statistical techniques, the researchers show how it is possible to estimate, from dried plants housed in herbaria, when a flower first bloomed. “Plants in herbaria number in the millions, but they are often hidden from view,” Davies says. “Our work shows how these dusty specimens can provide new insights into how human activities have altered today’s climate, by contrasting the time a flower bloomed in the past to observation in the present day.”

Utah State University scientist Will Pearse, lead author of the paper, says that “using this estimator, we can place modern observations within the context of a vast wealth of historical data.”  Pearse, a former postdoctoral fellow at McGill, says the new technique also unleashes the power and emphasizes the value of citizen science.