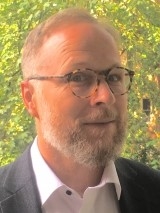 An Ontario native, he made the city of Montreal and the history of Quebec his home. After completing his Ph.D. at McGill in 2001, he began a two-year SSHRC post-doc at the University of Birmingham, UK, and then joined the Department of History and Classical Studies in 2004 as an assistant professor. He received tenure in 2010 and served as Director of Quebec Studies. Since 2018, he was the departmental Undergraduate Program Director. His first book The Freedom to Smoke: Tobacco Consumption and Identity (2005) is a socio-cultural history of smoking from the beginning of cigarette mass production in Montreal to the publication of the first studies linking lung cancer to the cigarette. He had been working on and was close to completing a major book on the social, cultural, and political history of time-telling in Quebec.

Jarrett was an extraordinarily warm, generous, and happy person, with a great sense of humour and an infectious smile. He was in his element as the co-convener of the Montreal History Group, nurturing intellectual exchange and warm merriment amongst junior and senior, Anglophone and Francophone scholars of Quebec. Everywhere he went, he was the life of the party and the profession. Jarrett deeply cared about human relations, and was committed to civility in times of disagreement. We will miss him terribly.

Our deepest sympathies to Jarrett's wife, Cynthia Kelly, to his parents, and to all members of his family.