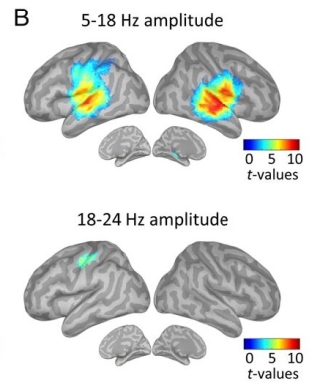 This study was published in the journal Proceedings of the National Academy of Sciences of the USA on Oct. 2, 2017. It was made possible with funding from a CIBC MNI post-doctoral fellowship for neuroimaging research to Morillon, and support to Baillet from the Killam Foundation, a Senior-Researcher Award from the Fonds de recherche du Québec – Santé (FRQS), a Discovery Grant from the Natural Science and Engineering Research Council of Canada, the National Institutes of Health (2R01EB009048-05), and a Platform Support Grant from the Brain Canada Foundation.