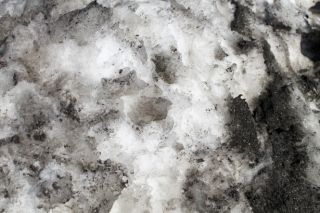 Scientists have been looking at pollution affecting the air, land and water around the Athabasca Oil Sands for some time. After looking at contaminants in snow taken from up-to 25 km away from the oil sands, a McGill-led scientific team now suggests that oil sand pollution is also affecting the weather patterns in the surrounding regions.

“The beauty of frozen precipitation such as snow is that it’s like a snapshot of atmospheric processes. The snow absorbs the hard metal particles and embeds it and this allows us to see things that we might not be able to see otherwise,” says Professor Parisa Ariya, from McGill’s Departments of Chemistry and Atmospheric and Oceanic Sciences. She led the team that recently published their research in Environmental Pollution.

More specifically, the researcherslooked at the presence of nanosized particles of metal contaminants in order to gain insight into the larger weather patterns. They discovered:

These results are of concern since both the World Health Organization (WHO) and the International Panel on Climate Change (IPCC) have identified nanoparticle pollution as a major challenge in climate change. Further research is being done in Professor Ariya’s lab to explore the effects of other major industrial pollutants.

The research was funded by Natural Sciences and Engineering Research Council of Canada (NSERC), Environment and Climate Change Canada, the Joint Oil Sands Monitoring (JOSM) program, NSERC-CREATE Mine of Knowledge, the Canadian Foundation for Innovation, and Canada Research Chairs Program.