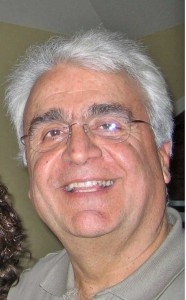 It is with much sadness we learned of the passing of our dear colleague Dr. Pierre Assalian on Friday, September 25 after a brief and intense struggle with leukemia. His passing was much too soon and he will be deeply missed.

Dr. Assalian was a member of the Department of Psychiatry at the MUHC for 45 years, joining the staff of the Montreal General Hospital in July 1975 under the directorship of Dr Alan Mann. By 1979, he had already proved himself as a clinical psychiatrist and teacher with “a flair for organization” and over the years, at the MGH assumed major teaching clinical and administrative responsibilities. In 1991, he was promoted to Associate Professor in the McGill Department of Psychiatry.

In 1995, he became the Associate Psychiatrist in Chief at the MGH under the directorship of Dr Richard Monks. In 1997, he became the site director at the MGH, a position he held until 2003. Dr Assalian was a true leader in the department and he brought to all these positions a philosophy that the person counts first and foremost and that we need to take care and support one another.

One of his unique accomplishments was in the field of Human Sexuality. His work was groundbreaking at the time. He was director of the Human Sexuality unit at the MGH since 1978 and was the first psychiatrist in Canada to be a certified sex therapist of the American Association of Sex Therapists. He was a leader in the clinical care of patients with gender dysphoria and sexual dysfunction as well as transgender patients and taught generations of students in psychiatry psychology and sexology. He was well recognized in the field of Sexual Medicine, published articles and book chapters on the subject, and also presented both nationally and internationally. He held the position of Continuing Medical Education director at the AMPQ for many years and his organization of conferences and workshops was legendary, including a trip to Egypt, his beloved country of origin, for an annual meeting.

He was extraordinarily devoted to his patients and ran a clinic in the South Shore where he worked, even virtually, up to weeks before he passed away. In his last self-assessment for the McGill Department of Psychiatry in 2019, he stated as his goals and objectives “to keep the same level of devotion to my clinical work”. His colleagues remember him with great fondness for the truly human person he was.

Please join us in offering our deepest condolences to his beloved wife, Bette, and his entire family.