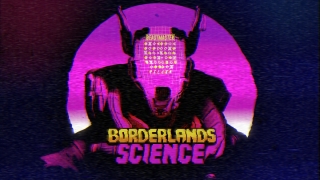 McGill researchers are turning to video games to harness the power of citizen scientists in order to map the gut microbiome.

“It was a simple choice to join Gearbox and its partners in making Borderlands Science a reality,” said Waldispühl. “Working to help align the gaming community with the biomedical field allows these two passionate groups to work together toward a result that we might not realize without the collaborative effort.”

McGill University, Massively Multiplayer Online Science (MMOS) and the Microsetta Initiative at UC San Diego’s School of Medicine have all collaborated in the creation of Borderlands Science.

“We see Borderlands Science as an opportunity to use the enormous popularity of Borderlands 3 to advance social good,” adds Gearbox co-founder Randy Pitchford. “Borderlands Science is the vanguard of a new nexus between entertainment and health: an innovative new game-within-the-game (with scores, progression and rewards), where your playtime actually generates tangible data that will be applied toward improving research, helping cure disease, and contributing to the broader medical community.”

Trillions of microbes inhabit the human gut - some of which are associated with inflammatory bowel disease, diabetes, autism, Parkinson’s, Alzheimer’s, obesity and allergies - which makes identifying all of them nearly impossible. Being able to characterize these microbial populations would help scientists better understand what role they play in human health.

This is where Borderlands Science comes into play. The project will leverage the skills of the video game community and apply them to mapping the human gut microbiome, saving medical researchers hundreds of thousands of hours it would take to train computers to do the same.

Borderlands Science encodes the DNA of each microbe as a string of bricks of four different shapes and colours. By connecting these blocks to each other, players will be helping scientists estimate the similarity between each microbe. The more puzzles players solve, the more they help decode the human gut microbiome, all while earning rewards that can be used in Borderlands 3.

“We are always looking for new partners in the field of gaming, and this is a perfect fit for us,” said MMOS CEO and co-founder Attila Szantner. “We created MMOS to connect scientific research and video games as a seamless gaming experience and that is exactly what this has become. I believe that Borderlands 3 players advancing microbiome research will change how we think about videogames.”

About Gearbox
Gearbox Software is a Frisco, Texas-based award-winning, independent developer of interactive entertainment. It was founded in 1999 by game industry veterans, and its first release was Half-Life: Opposing Force. Since then, the company has become known for successful game franchises including Borderlands, Brothers in Arms, and Battleborn, as well as acquired properties Duke Nukem and Homeworld. For more information, visit www.gearboxsoftware.com.

About McGill University
Founded in Montreal, Quebec, in 1821, McGill University is Canada’s top ranked medical doctoral university. McGill is consistently ranked as one of the top universities, both nationally and internationally. It is a world-renowned institution of higher learning with research activities spanning two campuses, 11 faculties, 13 professional schools, 300 programs of study and over 40,000 students, including more than 10,200 graduate students. McGill attracts students from over 150 countries around the world, its 12,800 international students making up 31% of the student body. Over half of McGill students claim a first language other than English, including approximately 19% of our students who say French is their mother tongue.