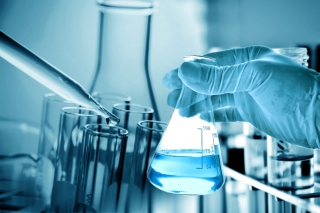 Researchers at McGill University have invented a new technique for measuring how quickly drugs interact with their molecular targets. The discovery provides scientists with a new way to investigate the effectiveness of drug candidates that might otherwise have been overlooked.

The new method centres on the principle of enzyme inhibition. Countless pharmaceuticals, ranging from antibiotics to chemotherapy drugs, work by blocking the action of enzymes, and the search for new enzyme-inhibiting substances remains a major focus of drug development.

In a paper published in Nature Communications, the McGill team, led by chemistry professors Nicolas Moitessier and Anthony Mittermaier, demonstrate the use of isothermal titration calorimetry (ITC) to measure the heat generated by enzyme activity and thereby the rates at which inhibitor substances blocked that activity.

“One key difference between ITC and other methods is that ITC measures the rate of reaction directly,” Mittermaier explains.

Existing methods for measuring enzyme activity look at that activity indirectly, by measuring changes in concentration caused by enzymatic catalysis as a function of time. These measurements often depend on special reagents that change colour or fluorescence when acted on by the enzyme, and require a unique test to be developed for each enzyme being studied.

Because ITC measures the production of heat – a near-universal feature of chemical reactions – it can be applied to just about any enzyme.

“ITC is as close as you can get to a universal enzyme test,” Mittermaier says.

In addition to its generality, the ITC method gives a direct read-out of enzyme activity because it detects heat flow in real time. By providing a direct window on the reaction, ITC offers researchers a better insight into the mechanisms by which enzyme inhibition proceeds. It is usually very challenging, and sometimes next to impossible, to obtain this information from conventional assays.

The real-time nature of ITC is particularly promising for researchers investigating covalent inhibitors. These strongly binding molecules have potential as long-acting drugs but had previously fallen out of favour in drug development due to toxicity concerns. The insight ITC offers into the relationship between an inhibitor’s molecular structure and how it reacts with its target will support renewed interest in covalent inhibitors and facilitate the work of developing them into drugs that are both highly effective and safe.