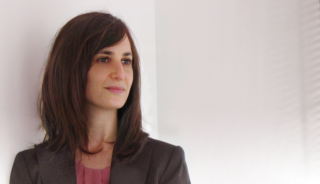 There are thousands of children born of war-time rape worldwide, but very little is known about their lived experiences and their relationships with their families and communities. Professor Myriam Denov, of McGill's School of Social work, has been awarded one of Canada's most prestigious research awards to help fill this knowledge gap. Named Sept. 16 as one of three recipients of the Trudeau Foundation’s 2014 Trudeau Fellowships, she hopes to shed light on an “invisible, but resilient” population of children and youth.

The project will be conducted in partnership with two NGOs: Canadian-based Children/Youth as Peacebuilders (CAP) and Watye Ki Gen, an African organization that works with women who have survived armed captivity. The Trudeau Fellowship program provides its Fellows with access to a vast network of scholars and mentors focused on research on human rights and advocacy, in addition to $225,000 in funding over three years.

Denov became aware of the issue of children born of wartime rape when working in Sierra Leone and Colombia with former child soldiers.The image of the iconic child fighter is a young man armed with an AK-47. Yet, many girls also have been involved in armed conflicts worldwide. In Uganda, where Denov will carry out her Trudeau research, civil war raged for more than two decades and tens of thousands of children were abducted to fight for the Lord's Resistance Army (LRA) -- perhaps as many as 30% of them girls -- many of whom were forced to become “wives” to rebel commanders and gave birth to children.

While there has been investment in recent years in scholarship regarding the reintegration of child soldiers and the realities of wartime sexual violence, “there's been an invisible population, and that's the children born of these atrocities,” Denov says.

CAP and Watye Ki Gen are currently undertaking a quantitative study to determine how many children were born of rape during the conflict, with estimates of as many as 10,000.

Denov has made her mark nationally and internationally by focusing her research on marginalized groups of children and youth, but she is also a pioneer, and an emerging expert, in the use of participatory methods of research. In Sierra Leone, for example, she employed a community-based participatory research method called PhotoVoice, which combines the use of photography with group and community awareness building.

She sees the potential for her findings to influence public programs and policies beyond the borders of Uganda among other marginalized populations of youth, for example with refugee youth and aboriginal youth. In Quebec between the years of 1998-2007, eight of the top 10 countries from which the province accepted refugees were war-affected nations.

The influx of refugees who have been a part of armed conflict is in part why, at home in Montreal, Denov facilitates a support group for youth affected by war. “They're survivors,” she says. “They look like average teenagers…but I know I wouldn't survive the conditions they lived in, and they have. Many of them tell me that people in Canada, including helping professionals, don't understand what they have been through and it’s difficult to find appropriate support when they need it.”

She is already looking ahead to the possibility of conducting a multi-country study of children born of war. But for now, she has some leg work to do in Uganda, which is made easier by the support she will receive from the Trudeau Foundation and her NGO partners. “This is a challenging topic and I am incredibly grateful that they are taking it on.”