In memoriam of Professor Winston Purdy 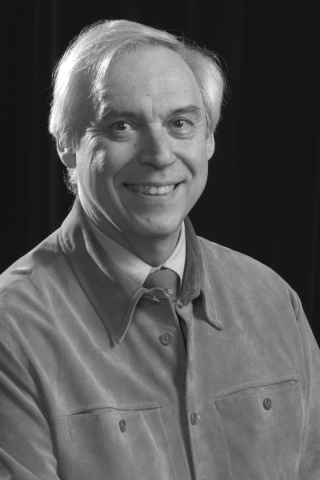 It is with great sadness that we announce the recent passing of acclaimed faculty member Winston Purdy. Winston has been an Associate Professor of the Voice Faculty at the Schulich School of Music since 1973. On top of his distinguished career as a vocal soloist and pedagogue, Winston was well known and respected throughout the McGill community for his role in singing the University Anthem, Hail, Alma Mater, at the beginning of almost every Convocation ceremony since 1999, a role he had recently passed to fellow music professor and colleague Tracy Smith Bessette.

“Winston Purdy’s association with McGill is one of the longest relationships to be found among our faculty” says Stéphane Lemelin, Chair of Performance at the Schulich School of Music. “He entered McGill University as a student in 1959 studying clarinet and composition and graduating with a Bachelor of Music in 1964, before developing an active singing career with a specialization in oratorio and art song. As a member of the voice faculty at McGill since 1973, he has inspired several generations of young singers. His devotion to his students, the depth of his musicianship and his passion for teaching were recognized by a Faculty Teaching Award in 2005. His warm and thoughtful presence will be greatly missed by all members of this community.”

Beginning his musical training on the clarinet, Purdy was a member of the National Youth Orchestra and played a movement of the Mozart Clarinet Concert in A with the OSM conducted by Wilfrid Pelletier. His advanced musical studies were in composition at McGill University where he studied with Helmut Blume, Istvan Anhalt, Marvin Duchow and Alexander Brott.

Following a career change, Purdy left for Europe to further study voice in Frankfurt Germany and London, England where he performed as a soloist under Helmut Rilling in the Bach Magnificat and gave several performances of contemporary music.

After returning to Montreal in 1971, Winston established himself as a voice teacher and joined the Faculty of Music in 1973 where he taught voice and vocal pedagogy, and established the Vocal Techniques course for music education students. Many of his students, including Dominique Labelle and Althea-Maria Papoulias, are singing internationally.

His former student turned colleague Dominique Labelle writes, "When a singer passes away, the soul of humanity senses it. When a teacher of singing dies, Heaven's Gates rattle from the commotion it creates; a very special guest has arrived... Winston Purdy loved everything about singing. He was a beautiful baritone who cared deeply about music. He was also a splendid teacher who spent his lifetime exploring and researching the complex universe of the human voice, and its purpose in communicating the human condition. I first knew him as a splendidly enthusiastic teacher, and later, as a wonderful colleague at McGill. I remember fondly all the numerous conversations we had about singing, over a sandwich, an exam break or during the many rides home he offered. It is impossible to imagine the Schulich School of Music without him since he gave his whole life to it. He will be greatly missed and remembered most fondly."

Donations in his memory can be made to the Winston Purdy Fund, McGill University, by visiting McGill’s Giving Site and using the gift code 06941 or by calling McGill directly at 514-398-5000. This fund will be used to support voice students at the Schulich School of Music.