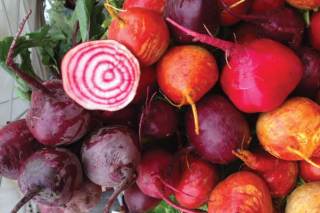 There is no one single accepted definition of an heirloom seed. “That’s a word that has a lot of different meanings to different people,” explains Dan Brisebois, a farmer at Ferme Tournesol, a cooperative based in Les Cèdres, Quebec, outside of Montreal.

...Ferme Tournesol, which Brisebois founded with fellow McGill University alumni in 2005, produces weekly vegetable baskets for customers and sells its products at the farmer’s market in Sainte-Anne-de-Bellevue in Montreal’s West Island. They also produce seeds, a number of which are Italian heirlooms.

So when Dana Ingalls, liaison librarian at McGill’s MacDonald campus, reached out to the farm in 2017 and asked if they wanted to donate to a new seed library she was starting, they were happy to oblige. “Had we been students and this existed, we would have benefited from it. So we would love to see current students do that,” says Brisebois.

Ferme Tournesol and the other seed companies Ingalls has approached for donations have now provided seeds to over 500 registered users through the MacDonald Campus Seed Library. The campus is located in Sainte-Anne and is home to McGill’s Faculty of Agricultural and Environmental Sciences, where there is a lot of focus on biodiversity in food, sustainable food systems and food security, says Ingalls. “This is one of the ways to promote biodiversity and sustainable food.”