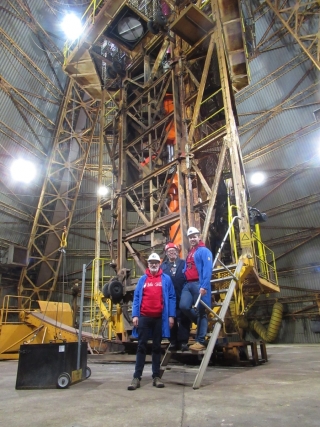 The project, an international collaboration between the Alternative Fuels Laboratory at McGill, the European Space Agency, the Canadian Space Agency, and Airbus Defence and Space, aims to improve scientific understanding of metal flames, laying the groundwork for a new type of green engine that burns iron powder, with only rust as a by-product.

For six minutes in zero gravity before falling back to Earth, McGill’s PERWAVES experiment provided a unique glimpse at discrete fire, a new type of combustion that jumps from one fuel source to another. This experiment is not possible on earth because the metal particles settle too quickly with gravity.

The results will be analyzed to explore the ideal conditions for such combustion on earth and could one day be used to power things like vehicles with zero-carbon emissions.