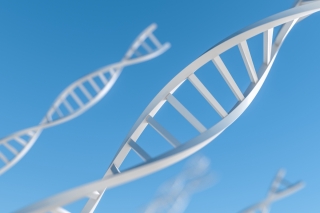 Major federal and provincial investments in genomics research were announced this week following three recent Genome Canada competitions. The announcement, made at University of Guelph, includes over $10 million in funding to seven projects led by McGill researchers. Here's a quick look at one of those projects. (A complete list follows.)

Since the sequencing of the human genome at the beginning of the millennium, scientists have made great strides in understanding the role genes play in our identity, differences among individuals and our susceptibility to diseases such as cancer. Bioinformatics and computational tools are critical in visualizing and analyzing genetic data, but they fall short when it comes to three-dimensional analysis of how DNA is folded onto itself to fit into the nucleus, known as its chromatin architecture. This 3D structure defines the genome’s normal function during early cell differentiation and development and is known to drive many developmental disabilities as well as cancer. There is a pressing need for a new generation of computational tools that integrates our knowledge of these 3D states, to help researchers make optimal use of the rapidly increasing amounts of data produced by modern DNA sequencing.

A team led by McGill professors Mathieu Blanchette, Jacek Majewski and, Jérome Waldispühl will create and release improved computational and statistical tools for analyzing 3D data in their native 3D context. Their new tools will be integrated with the team’s 3D visualization platform that will help scientists explore the data, build new hypotheses and test them in rigorous statistical frameworks. The results of this project will be made widely available through open-source software that will enable statistically robust analysis of individual and groups of 3D genomic data; provide a virtual reality-based 3D genome browser supporting integrated visualization of genomic data; and include a toolset for integrative mining of genomic and epigenomic data in their 3D genome context. A lay version of the visualization platform will also be used for community outreach through exhibits in schools and museums.