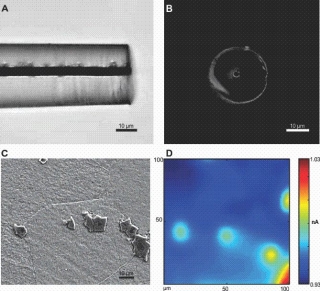 McGill University researchers have discovered the consequence of adding titanium and other stabilizing agents to high performing stainless steel on the material’s localized corrosion mechanism.

In a study published in npj Materials Degradation, the researchers describe a suite of electrochemical techniques used to characterize the material’s corrosion properties both on the macro and micro scale.

Despite the material’s reputation of providing high corrosion resistance, stainless steels are notorious for undergoing localized corrosion- where local breakdown becomes detrimental to the object’s structural integrity due to the formation of pits and crevices that penetrate through the entire metallic object with minimal amount of material lost. Gaining mechanistic insight on how a material will eventually fail over a lab-friendly time scale is thus extremely useful before implementing them in corrosive environments for long-term applications.

The work was published in the nature partnered journal, performed by graduate student, Samantha Gateman, and led by the senior author, McGill’s chemistry professor Janine Mauzeroll. It demonstrates the power of pairing microscopy techniques in order to investigate relevant industrial material and will bench mark the characterization methods used in corrosion literature to investigate stainless steel’s corrosion behavior.

The work performed at McGill was supported financially by NSERC CRD 242399 and Hydro Quebec.