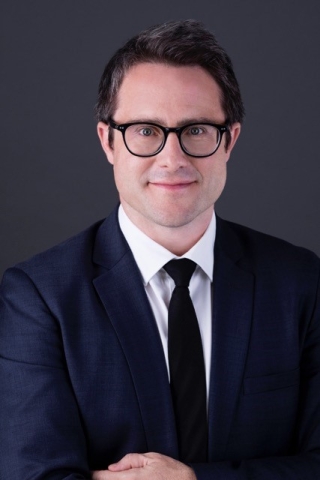 The Max Bell School of Public Policy at McGill University is excited to announce that leading scholar of media, technology and public policy, Taylor Owen, will be joining the Max Bell School in January 2019 as an Associate Professor and the holder of the Beaverbrook Chair in Media, Ethics and Communications. Taylor Owen’s research focuses on the policy and governance challenges created by the rapid changes to the digital media and technology environment.

Most recently, Taylor Owen is co-author of Democracy Divided: Countering Misinformation and Hate in the Digital Public Sphere, a Public Policy Forum and UBC report on threats to democracy from hate speech and disinformation on social platforms. He is also author of Disruptive Power: The Crisis of the State in the Digital Age, and co-author of The Platform Press: How Silicon Valley Re-engineered Journalism. This work has positioned him as a prominent thinker on how changes to our media and information ecosystems and rapid evolutions in technology are affecting democracies.

“We are thrilled that Taylor Owen will be joining the Max Bell School. As technologies advance and social media continue to affect our elections and democracies, determining the appropriate public policy response to these challenges is essential. Taylor Owen is at the forefront of these issues and we look forward to working with him to engage policymakers and the public around these important topics,” said Chris Ragan, Director of the Max Bell School.

Taylor Owen is currently an Assistant Professor of Digital Media and Global Affairs at the University of British Columbia. He was previously the Research Director of the Tow Center for Digital Journalism at the Columbia Journalism School, where he led a program studying the impact of digital technology on the practice of journalism.

“I couldn’t be more excited to join the Max Bell School of Public Policy. In a moment that demands new approaches to governing, I believe that we need interdisciplinary research, public scholarship, and public policy training that seeks to better understand and communicate the role that emerging technologies play in shaping our lives, our economies, and our societies. I hope to help the Max Bell School of Public Policy and its students become leaders in this conversation,” said Taylor Owen.

“We are very pleased to welcome Taylor Owen to the Faculty of Arts and the McGill community as the Beaverbrook Chair, an appointment made possible by a generous donation from the Beaverbrook Canadian Foundation. His deep understanding of the evolving interplay between the media, ethics, politics, and policy-making, will contribute greatly to the important work of the Max Bell School and their commitment to shaping the next generation of policy leaders,” said Dean Antonia Maioni, speaking on behalf of the Faculty of Arts.

Taylor Owen received his doctorate from the University of Oxford. He was previously a Trudeau and Banting scholar, an Action Canada and Public Policy Forum Fellow, and the 2016 Public Policy Forum Emerging Leader. He currently sits on the Board of Directors of the Center for International Governance Innovation (CIGI) and on the Governing Council of the Social Sciences and Humanities Research Council (SSHRC). He is also the Founder of the international affairs media platform OpenCanada.org. Taylor Owen is the author of Disruptive Power:The Crisis of the State in the Digital Age (Oxford University Press, 2014), co-editor of The World Won’t Wait: Why Canada Needs to Rethink its Foreign Policies (University of Toronto Press, 2015, with Roland Paris), and co-editor of Journalism After Snowden: The Future of the Free Press in the Surveillance State (Columbia University Press, 2017, with Emily Bell). Yale University Press will publish his forthcoming book on Silicon Valley, journalism and democracy in 2019. His work can be found at www.taylorowen.com and @taylor_owen.

About the Beaverbrook Chair

The Beaverbrook Chair in Ethics, Media and Communications was established at McGill University by an endowment from the Beaverbrook Canadian Foundation. It is named in honour of Lord Beaverbrook, who grew up in New Brunswick as William Maxwell Aitken. Lord Beaverbrook had a successful business career in Montreal before eventually moving to Britain and becoming a member of Parliament. Knighted in 1911 and made a peer in 1917, he went into the newspaper business and bought the Daily Express and the Evening Standard. He also created the Sunday Express. As minister of aircraft production during World War II, he galvanized the aircraft industry. A key member of Winston Churchill's cabinet throughout the war, Lord Beaverbrook developed a close personal relationship with Churchill. After the war, he gave up politics to write memoirs and biographies of his influential friends and to supervise his newspapers. At the time of his death in 1964, the Daily Express boasted one of the largest circulations in the world — reaching 4.5 million people every day. The Beaverbrook Canadian Foundation was established by Lord Beaverbrook in 1960 by Act of the Canadian Parliament.

McGill’s Max Bell School of Public Policy is committed to the research, teaching, outreach, and engagement on issues of sound public policy. Each of these four dimensions are grounded in a solid understanding of the overall policy process, not merely as it is described in theory but as it exists in the real world, with all its imperfections and limitations. The principle-based design of policy solutions to important problems, the interaction of policy development with partisan politics, and knowledge of the workings of the machinery of government all play central roles in the activities of the Max Bell School.