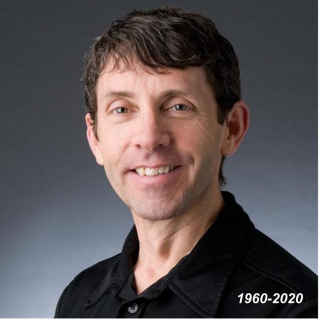 Darrell Roy Johnson, 59, of Montréal died on February 9, 2020 at the Cornwall Hospice in Cornwall, Ontario. He spent his final days surrounded by family members and friends as well as many caring doctors, nurses, and personal support workers. He struggled valiantly following his brain tumour diagnosis in November 2018, always retaining his characteristic sense of humour and hope, but eventually succumbed to complications from the condition. Despite the progression of his cancer and steady decline in his health, the last months of his life were full of special and memorable times with his family, friends, and even some new acquaintances.

Darrell was born June 21, 1960 in Red Deer, Alberta, Canada to parents David and Evelyn Johnson. He completed his high school education at Great Lakes Christian College in 1977, graduated summa cum laude with a B.Sc. from Oklahoma Christian College in 1981, received his M.Sc. in psychology from the University of Montreal in 1985, and earned his Ph.D. in psychology from the University of Montréal in 1999. Along the way he was awarded just about every academic honour you can earn, and challenged himself by completing his Ph.D. in French, his second language. Darrell ran a successful private counseling practice and enjoyed lecturing on psychology and family counseling at Montréal's McGill University. He loved academia and the college environment. He was a member in good standing of the Quebec Order of Psychologists.

Darrell had many diverse interests. Among other things he enjoyed astronomy, reading, wilderness camping, long-distance bicycle touring, and canoeing. He loved language and played a mean game of "Words With Friends." He embraced holiday traditions, particularly those of Halloween and Christmas (he was the kind of guy who actually roasted chestnuts over an open fire and tried making his own "figgy pudding"). He loved trees, lamps, pens, and the smell and feel of old books. He adored his mother's baking and always claimed her butter tarts were the best in the world. He loved fresh peaches, herbal tea, blueberry pancakes, and real maple syrup ("NEVER Aunt Jemimah!").

Darrell didn't care much for cars or driving, and longed for the day of self-driving vehicles, which he swore he would buy once readily available. He had recently embraced minimalism as a lifestyle but admitted that he couldn't get rid of books, which he felt were small pieces of himself. Darrell did things like reproducing famous cathedral windows using colored tissue paper and researching and writing our family genealogy on a massive parchment scroll. He was a gracious host and a gifted conversationalist. He enjoyed analyzing and discussing friends' personalities using the MBTI. He was a big fan of Apple products; he said his iPhone, gigantic iPad, and Apple Watch were his three biggest material indulgences. He was generous with his time and resources, always eager to help out or lend a hand to anyone in need. Above all else, Darrell loved and adored his two adopted sons, Seth and Zach, with whom he shared many of his adventures over the years.

Although he was born in Alberta, Darrell's childhood was spent mostly in Germany and North Bay, Ontario. He was very active in Boy Scouts and had a uniform full of stars and badges. He wrote and illustrated a few original science-fiction stories and began his lifelong fascination with space. Later he played trumpet in his school band, and dabbled in a little acting in a few high school plays. In his college days he traveled throughout the USA, living at various times in Oklahoma and Texas. He participated in several ACU-based mission trips. Over the years he enjoyed (or endured) many interesting jobs including working on dairy and chicken farms, teaching Canadian literature in high school, working in a basket factory, crisis counseling for the Bank of Montréal, selling encyclopedias in the rural South for Southwestern, and lecturing in family therapy at the university level. Fluently bilingual, Darrell eventually settled in Montréal, where he loved the culture, food, and joie de vivre. Old Quebec City and Algonquin Park were two of his favorite escapes, and he enjoyed numerous wilderness canoe adventures in the later, often with his family and parents.

Running was one of his keenest passions. He ran several marathons, including the prestigious Boston Marathon in both 2009 and 2010. His personal best marathon time was 2:53:12, achieved in 1984. He also ran numerous 10k runs, two ultra-marathons, a "zombie run" or two, and the inaugural P'tit Train du Nord Marathon in October 2017 (where he had the distinction of being the very last person to cross the starting line due to a misunderstanding about the start time). He dreamed of running his third Boston. He was friends with several world-class runners on social media and had met several of them in person. He loved the 1981 movie "Chariots of Fire" and at one point tracked-down and met with Eric Liddell's widow.

Darrell could memorize and recall poetry and literature like no one else, and he always had an appropriate pithy quotation or witticism for any occasion. He was a lifelong fan of Star Trek, Star Wars, and the writings of C.S. Lewis, J.R.R. Tolkien, Ray Bradbury, Walt Whitman, Annie Dillard, John Milton, Henry David Thoreau, and Dr. Seuss, among others. He once wrote to the late "Peanuts" cartoonist Charles M. Schulz to express his appreciation of the strip's deeper messages and received a personal typewritten reply from Schulz by mail. He had amassed a respectable private collection of "Jack And The Beanstalk" books, one of his favorite children's stories. He didn't just "collect" books, either— he actually read and pondered them; most of his books were heavily marked-up with his own thoughts and highlighted passages.

Other passions of his over the years included camping at Camp Manitou, stargazing, collecting fossils, learning calligraphy, NASA's Apollo space program, participating in the Mankind Project, dreams of a manned mission to Mars, and pondering the future of artificial intelligence and "the Singularity."

A celebration of life reception for Darrell's friends and colleagues will be held in his beloved adopted city of Montréal in the springtime (details to be announced later). In lieu of flowers, memorial gifts may be given to The Friends of Algonquin Park (Box 248, Whitney, Ontario, K0J 2M0), an organization near and dear to his heart, or to Carefor Hospice Cornwall (205 Amelia Street, Cornwall, Ontario K6H 3P3) which provided him with tender loving care for many months.