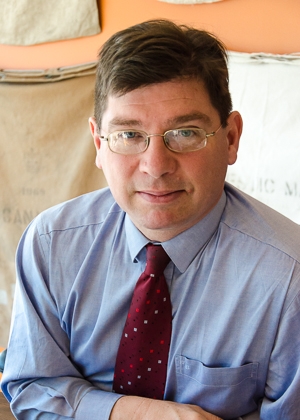 The Faculty of Law is pleased to announce that Professor François Crépeau has been appointed International Francqui Professor Chair in Social Sciences for the year 2017-2018. After the fall term has ended, Professor Crépeau will be travelling to Belgium for a six-month stay hosted by the Université catholique de Louvain, from where he will be contributing to the intellectual life in his field of specialty with all universities in Belgium. He will notably be giving a public lecture at each of the six universities who supported his nomination, namely the Université catholique de Louvain, University of Antwerp, Ghent University, the Université libre de Bruxelles, the University of Liège, and Saint Louis University.

Professor Crépeau is the Director of McGill’s Center for Human Rights and Legal Pluralism, and holds the Hans and Tamar Oppenheimer Chair in Public International Law. His current research includes migration control mechanisms, and the rights of foreigners. He recently completed a five-year appointment as United Nations Special Rapporteur on the Human Rights of Migrants. He is a fellow of the Royal Society of Canada, and he was a Fellow of the Pierre Elliott Trudeau Foundation from 2008 to 2011.

This significant appointment adds the name of Professor Crépeau to the prestigious list of former International Francqui Professors Chair titulars, which includes several Nobel Prizes as well as eminent intellectuals such as Michel Foucault. Professors Jean-Yves Carlier (U.C.L.) and Sylvie Sarolea (U.C.L.), who presented Professor Crépeau’s nomination to the Francqui Fondation, eagerly look forward to his stay: “Wherever he goes, François Crépeau spreads a message of openness, and invites us all to be aware of the realities behind international migrations.”

“I am delighted to see yet further international recognition of Professor Crépeau’s scholarship and extraordinary commitment to justice and human rights,” said Dean Robert Leckey. “I am also happy to see him continue a tradition of collaboration between members of our faculty and colleagues in Belgium.”

In 1932, Emile Francqui and Herbert Hoover decided to set up a foundation, which they endowed with an important capital. The Francqui Foundation was founded by Royal Decree of February 1932 under the legal form of an « Institution of Public Utility ». The Foundation’s purpose is to encourage the prestige of disinterested fundamental research. It also provides Belgian scholars and scientists with indisputable moral support. Its objective is “to further the development of higher education and scientific research in Belgium.”