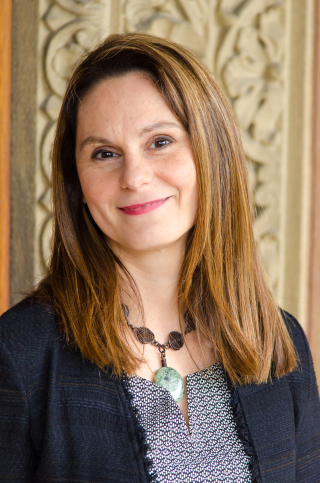 The Faculty of Law is pleased to announce that three members of the McGill Law community have won prizes in the Fondation du Barreau’s annual Concours juridique. Professor Yaëll Emerich has been named the 2019 winner of the Treatise and Monograph category for her book Droit commun des biens : Perspective transsystémique (Éditions Yvon Blais, 2017). In the Legal Manuscript category, two alumnae share the 2019 prize: Laurence Bich-Carrière, BCL/LLB’08, for her article « Émojis, émoticônes et autres pictogrammes : Qu’en disent les tribunaux ? », and Laura Cárdenas, BCL/LLB’18, for her article “Blended families in the eyes of comparative succession law”.

Professor Yaëll Emerich joined the Faculty of Law in 2006 and was promoted to associate professor in 2012. She was the director of the Paul-André Crépeau Centre for Private and Comparative Law from 2016 to 2018. She was a MacCormick Fellow at the University of Edinburgh in 2013 and a visiting professor at the Université de Lyon 3 (2007) and at the Royal University of Phnom Penh (2013). In 2017, Professor Emerich was elected an associate member of the International Academy of Comparative Law.

Laurence Bich-Carrière is a partner at Lavery Avocats in the Litigation Group, where she provides services in areas such as class actions, municipal affairs, consumer protection, construction law, and more. She is the author of many scholarly publications, and actively contributes to the Faculty of Law as a lecturer and a researcher affiliated with the Paul-André Crépeau Centre for Private and Comparative Law. In 2018, the Young Bar of Montreal named Bich-Carrière YBM Lawyer of the Year (Civil and Commercial Litigation category).

After completing her articling with DLA Piper in Montreal, Laura Cárdenas is clerking at the Supreme Court of Canada for Justice Sheila Martin, BCL’81, LLB’81. During her studies, Cárdenas served as editor in chief of the McGill Law Journal and worked as a research assistant for multiple professors and at the Paul-André Crépeau Centre for Private and Comparative Law.

The Fondation du Barreau, established in 1978 by members of the Barreau du Quebec, raises awareness of the place of law and the role of the legal profession in society through various initiatives. The Fondation has held its annual Concours juridique since 1984.

“I’m delighted to see this recognition of Professor Emerich’s exceptional work on property law, which exemplifies the Faculty of Law’s distinctive integrated and comparative approach,” Dean Robert Leckey said. “That three out of four authors recognized by this contest are McGill jurists is a strong testimony to our research and teaching excellence.”