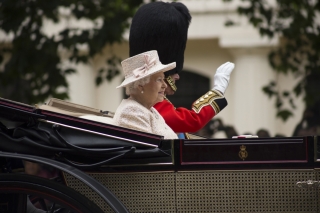 Queen Elizabeth, Canada's head of state and the longest-reigning British monarch, has died. Elizabeth became Queen in 1952, at the relatively tender age of 25, and presided over the country and the Commonwealth, including Canada, for seven decades. Those 70 years as monarch were recognized during this year's Platinum Jubilee events, which reached their height in London in early June. (CBC News)

“With the Queen’s passing and without her strong personal popularity, the ongoing decline in popular support for the monarchy in Canada could accelerate, especially with King Charles III replacing her on the throne.”

“King Charles III begins his reign at a moment when hereditary monarchy seems increasingly out of touch with 21st-century forms of government; he has a great challenge ahead. The death of Queen Elizabeth II and the beginning of the reign of King Charles III is undoubtedly an important moment in the history of the British monarchy. Her reign lasted over 70 years, thus making her the longest reigning monarch in British history; only Louis XIV of France's 72 years as king surpassed her.”

“Since ascending to the Throne in 1952 she has displayed a remarkable sense of duty. Her twenty-five visits to Canada reinforced her bond with Canadians.”

Peter McNally is a Professor Emeritus (Retired) at the School of Information Studies and Director of the History of McGill Project. Having dedicated his academic career to the history of McGill University, he also considers himself a ‘self-proclaimed palace watcher’.

“Few public figures are as beloved as Her Majesty, and it is not hard to understand why. Her Majesty’s stoic and selfless dedication to duty, and selfless service endured right to the end of her life. Though she was a servant of an institution greater than herself, she has in many ways redefined the institution and what the Crown means today. The Queen came to symbolize stability and order, and as we mourn her passing, we would do well to reflect on the values she personified.”

Ben Woodfinden is a PhD candidate in the Department of Political Science. His research focuses on Westminster constitutionalism, the Crown, and executive power in Westminster systems.