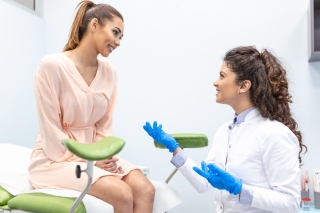 Quebec says it will start using human papillomavirus tests as its primary screening tool for cervical cancer, replacing the Pap smear. The Health Department says the province will systematically offer HPV testing for cervical cancer screening to all women aged 25 to 65, every five years. Earlier this year, the Institut national d’excellence en santé et en services sociaux reported that the HPV test is more sensitive than a Pap smear and could allow patients to collect their own test samples. (Global News)

“The decision by provincial health authorities to adopt molecular testing for HPV as method for cervical cancer screening is great news. The HPV test is far superior to the Pap cytology test, a technique that is now obsolete despite its good record in helping the Western world to maintain cervical cancer incidence as low as possible. Quebec’s decision is a culmination of at least two decades of leadership by local researchers in providing the scientific evidence for the efficacy of HPV tests and HPV vaccines as the best joint tools for the next objective, which is to eliminate cervical cancer.”

Eduardo Franco is a James McGill Professor cross-appointed to the Department of Epidemiology, Biostatistics and Occupational and Gerald Bronfman Department of Oncology, where he also serves as Chair and Director of the Division of Cancer Epidemiology. His research focuses on the molecular epidemiology and prevention of cervical cancer and human papillomavirus-associated diseases, cancers of the upper aero-digestive tract, prostate, endometrium, and childhood tumours.

"The decision to screen for cervical cancer with a more sensitive and efficient test is a welcome change in Quebec. There has been much research over the past decade – much of it based here in Quebec – that demonstrates improved detection of cancer precursors with this sophisticated test, particularly for women who are not inclined to see a physician on a regular basis. The potential for self-screening may also soon be realized. Combined with HPV vaccination, cervical cancer should become an entirely preventable disease."

Cleve Ziegler is an Assistant Professor in the Department of Obstetrics and an attending obstetrician-gynecologist at the Jewish General Hospital. His interests include contraception, complex gynecological surgery and cervical cancer screening.