Experts: Impact of transit construction on travel behaviour and health of Montreal residents 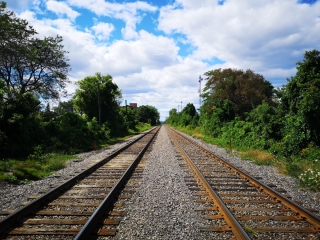 Montreal is undertaking a major overhaul of its transportation networks and services, with major projects like the Réseau express métropolitain (REM) and the Pie-IX bus rapid transit (BRT) underway. To examine the impacts of projects that are under-construction on the travel behaviour and the health and well-being of Montreal residents, researchers at McGill University are inviting commuters to participate in the Montreal Mobility Survey.

Here are experts that can provide comment on the preliminary results:

“The planned shut-down of the Mount Royal tunnel to allow for the REM’s construction is going to alter or disrupt daily commutes for thousands of transit riders and drivers alike. Our preliminary survey results suggest that a significant percentage of people are going to eschew public transport all together during the shutdown. Transit agencies and transportation officials need to prepare for and minimize that shift.”

James DeWeese is a graduate research assistant in urban planning at McGill University. He was formerly a research analyst with the World Resources Institute in the United States, where he researched municipal climate adaptation and subnational efforts to curb greenhouse gas emissions. His current research interests include sustainable public and active transport with an eye toward improving environmental performance and quality of life.

“With major developments across the island, Montreal is on track for a major overhaul of its transport networks. This is going to mean big changes in how people get around and how they feel about getting around – not just once the projects are complete, but while they’re under construction. All of this has serious implications for policymakers who are concerned about public health, equity, and economic development. It’s imperative that we, as researchers, understand the linkages between these types of transport investments and public well-being so that we can help guide better outcomes.”

Trent is a graduate research assistant at the School for Urban Planning at McGill University. He received his undergraduate degree in economics and French from Middlebury College in Vermont. Previously he worked for an international non-governmental organization in Austria and in cultural management in France. His current research interests include the impact of airports on cities and the transportation needs of an aging population.