Expert: Why You Should Pay Attention to K-pop Group BTS Performing at The American Music Awards 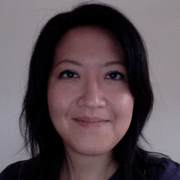 The K-pop boy group BTS (aka Bangtan Sonyeondan (Korean) or “Beyond the Scene” (English)) will be performing live at the American Music Awards (AMAs) this Sunday in Los Angeles. This will mark the first time that a K-pop group has had a solo stage performance on an American music awards show, after Psy performed with MC Hammer during the 2012 AMAs.

Michelle Cho is the Korean Foundation Assistant Professor Department of East Asian Studies at McGill University. She studies among other things Korean pop culture and the construction of identity in South Korean popular media. Here she answers three questions about the hype surrounding BTS.

What is the hype around BTS?

BTS has garnered a huge fanbase in North America, and has achieved the rare feat of charting on the Billboard Hot 100 albums chart, despite having little access to radio airplay and no official music promoters in North America. They are noteworthy for their savvy use of social media platforms, especially twitter and YouTube, to communicate directly with their fans, and recently reached the milestone of 10 million twitter followers on their BTS_twt account.

Why is their presence on Sunday American Music Awards significant?

Their success in reaching fans outside of the Asian region and their ability to break into the US music market is being watched carefully by Kpop and US pop artists and producers. It is rare for a group from outside of the US or UK to capture such attention in the world’s dominant pop music market, the US, thus, BTS is a phenomenon worth tracking, not only for their cultural significance to Koreans or the spread of Korean culture abroad, but also because their strategies and musical styles suggest an innovative form of direct audience engagement that has the potential to shift industry practices in many contexts.

Is BTS also popular in Montreal?

Absolutely. Here’s a video clip from a group of Kpop cover dancers based in Montreal, dancing BTS’s recent hit, which they will also perform at the AMAs. A former student is a prominent member of this dance group, and I have interviewed her about the group and its activities, which originally began as a group of friends from the CEGEPs Marianopolis and Dawson, but is now quite a YouTube phenomenon in itself.