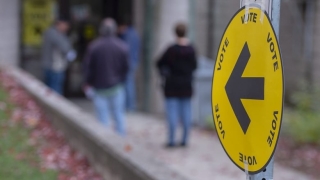 A record number of Indigenous candidates are running in the federal election this year with what they say is a goal of advancing meaningful change in Canada's relationship with First Nations, Inuit and Metis. The Canadian Press analyzed party websites, as well as reached out to each party, to determine how many Indigenous candidates are hoping to get elected in Canada's 338 ridings on Sept. 20. The analysis determined there are at least 77 candidates this year compared with 62 in 2019. (CTV News)

"The 44th election is unique when it comes to Indigenous voices, as it marks the greatest number of Indigenous candidates (over 70 have self-declared) in Canada's federal electoral history. That said, a vast majority of these candidates are either running against one another (for instance in Nunavut) or will be seeking electoral outcomes in districts that their party has little chance of winning. Furthermore, it is imperative, when discussing Indigenous participation in Canadian electoral politics to consider whether they 1) will have a seat at the decision table; 2) will be forced to follow party lines; 3) will be supported by Indigenous peoples, especially those from their own communities and/or nation and/or confederacy; and 4) that ‘Indigenous’ is a blanket term that reflects over 50 different nations and confederacies which share territory with the Canadian state/in which Canada is situated upon.”