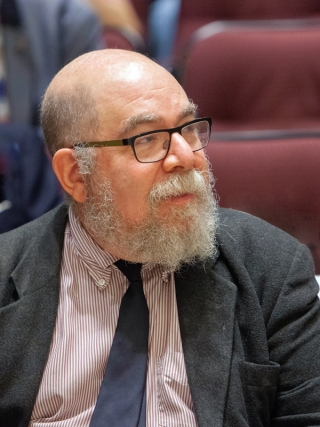 Daniel Weinstock began teaching at McGill University’s Faculty of Law in 2012. Since 2013, he has served as director of the McGill Institute for Health and Social Policy. From 2014 to 2020, he held a James McGill professorship. His research explores the governance of certain types of liberal democracies, and the effects of religious and cultural diversity from an ethical perspective on the political and ethical philosophy of public policy.

Professor Weinstock’s work has been recognized with many accolades, including a fellowship from the Pierre Elliott Trudeau Foundation (2004), the André-Laurendeau Prize from the Association canadienne-française pour l’avancement des sciences (2008), and the Charles Taylor Prize for Excellence in Policy Research by the Broadbent Institute (2017). He regularly contributes to public debates on important policy issues by serving on several commissions of diverse subject matter, including public health, education, end-of-life medical care, and reasonable accommodation.

“Daniel’s leading research in contemporary philosophy, ethics, and public policy provides a crucial lens through which to view and respond to many of society’s most pressing issues,” said Dean of Law Robert Leckey. “We look forward to his further teaching and research contributions made possible by the Pearson Chair.”

“The Pearson Chair offers an exciting means for McGill to broaden its connections with civil society, to foster interdisciplinarity, and to deepen its longstanding relationship with the McConnell Foundation,” added Dean of Arts Antonia Maioni.

About the Pearson Chair in Civil Society and Public Policy

The Katharine A. Pearson Chair in Civil Society and Public Policy was created through a generous gift from the McConnell Foundation, and is located within the Faculties of Arts and of Law at McGill University. It is named in memory of Katharine A. Pearson (1955-2008), who had been a senior program director at the J.W. McConnell Family Foundation since 1996, and who had previously worked with Oxfam-Canada on its Central America programs.

The holder of the Chair is to lead teaching and research efforts on civil society broadly understood, exploring non-governmental structures and organizations as well as informal associations, practices and values that mediate between the self and the State. The inaugural incumbent, from 2013 to 2020, was Professor Ronald Niezen of the Department of Anthropology.