Daniel Jutras appointed to the Order of Canada 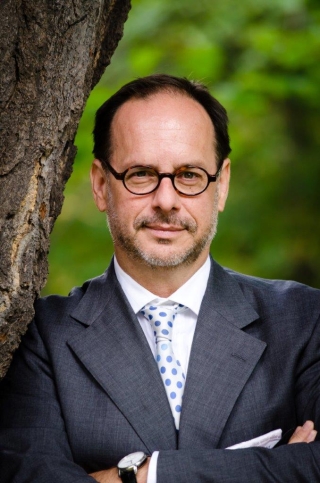 The Faculty of Law is delighted to announce that Professor Daniel Jutras, OC, Ad. E., has been appointed an officer of the Order of Canada. Professor Jutras was honoured “for his contributions to the development of pluralist law internationally and for his contributions as a lawyer, professor, and university administrator.”

Professor Jutras is a full professor and holds the Wainwright Chair in Civil Law. He has held many roles in the Faculty, including as director of the Institute of Comparative Law, associate dean (admissions), and associate dean (academic). He served as interim dean of the Faculty of Law from 2009 to 2010 and as dean from 2010 to 2016.

From 2002 to 2004, Professor Jutras was on leave from the Faculty to serve as executive legal officer of the Supreme Court of Canada. In 2013 and in 2018, the Supreme Court of Canada named him as amicus curiæ to make submissions in relation, respectively, to the constitutionality of proposed changes to the Senate of Canada and to the standard of review in administrative law. In 2016, the federal government appointed him to the Independent Advisory Board for Senate Appointments.

“I am thrilled to see Professor Jutras’ contributions to the academy, to the administration of justice, and to the development of public law for the benefit of all Canadians acknowledged in this way,” said Dean Robert Leckey. “Congratulations, Daniel!”

About the Order of Canada

The Order of Canada, created in 1967, is the cornerstone of the Canadian Honours System and recognizes outstanding achievement, dedication to the community, and service to the nation. Presented by the Governor General, the Order recognizes individuals from all sectors of society that have enriched the lives of others and made a difference to the country. Close to 7,500 people have been invested into the Order of Canada. For more information about the Order of Canada, visit www.gg.ca/en/honours.