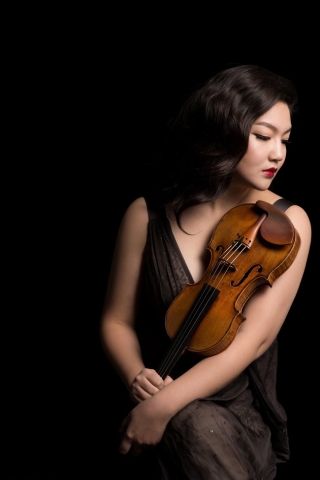 The Schulich School of Music is pleased to announce that violinist Jinjoo Cho will be joining the string faculty as Assistant Professor, beginning August 1st, 2018.

"It is with tremendous excitement that we welcome Jinjoo Cho to McGill, as a new member of our violin faculty. She comes to us with a wealth of experience, not only as a performing artist on the international concert stage, but also as a teacher and as artistic director and founder of the ENCORE Music Festival. We look forward to having Jinjoo Cho as our colleague, and we are happy for our students who will benefit greatly from her expertise and her passion for music and teaching."

- Axel Strauss, Professor of Violin, Chair of the String Area

Critically acclaimed violinist Jinjoo Cho has established herself as one of the most vibrant, engaging and charismatic violinists of her generation.

During the 2015-2016 season, Jinjoo gave her Carnegie Hall Stern Auditorium concerto debut with the New York String Orchestra followed by her Stern Auditorium recital debut. Highlights of the 2017-2018 season are New Year’s concerts with the Deutsche Radio Philharmonie in Saarbrücken, Germany and concerto engagements with the Vermont, Westchester, Ann Arbor, and Anderson symphonies, Gyeonggi Philharmonic in Korea, the Naples Orchestra and the Indianapolis Chamber Orchestra. Jinjoo will appear in recital and chamber music concerts in Dallas, Cleveland, and Omaha, as well as in Korea in Seoul and Gumi at the Gumi Festival.