COVID-19 pandemic uniting Canadians like no other event in decades 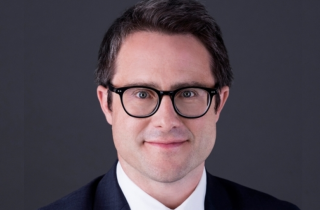 Canada's response to the pandemic contrasts markedly with the political partisanship displayed in U.S.

A new study by researchers from McGill University and the University of Toronto finds a cross-partisan consensus on battling COVID-19 in Canada. Unlike in the U.S., this consensus is fostering broad agreement on the threats posed by the pandemic and the actions necessary to contain it – all of which is crucial to efforts to fight the virus.

“We know that public opinion tends to become polarized on highly salient issues, except when political leaders are in consensus. In the United States, there appears to be political and public polarization on the severity of the pandemic,” says co-author Aengus Bridgman, a PhD Candidate in Political Science at McGill University under the supervision of Dietlind Stolle. “Other evidence suggests that polarization is undermining compliance with social distancing.”

In a study for the Canadian Journal of Political Science, the researchers evaluate Canadians’ response to COVID-19 by analyzing data from the social media accounts of federal Members of Parliament (MPs), Google search trends, and public opinion surveys.

On social media, where platforms can often be sources of polarization, the researchers found no evidence of MPs from any party downplaying the pandemic. Surveying 2,500 Canadians between March 25 and 31, they also found no differences between partisan groups in terms of social distancing measures being taken. Conservative voters are just as likely to engage in social distancing as Liberal or NDP voters.

Similarly, there are no measurable differences across partisan lines in terms of how serious respondents believe the COVID-19 pandemic to be. The majority expressed some or a great deal of confidence in the federal government's response to date.

Yet there are still some differences. A third of Conservative respondents said they hold Justin Trudeau primarily responsible for the outbreak – twice as many as the share of Liberal partisans who assigned blame to the prime minister (15 per cent). Still, this is far less than the percentage of Conservatives who said the Chinese government was to blame for the outbreak (47 per cent).

According to the researchers, public unity is needed for coordinating society-wide measures to contain the pandemic, like social distancing or wearing masks. “During the COVID-19 pandemic individual citizens need to voluntarily sacrifice economic and social activity to protect others. Avoiding polarization is essential for an effective societal response to the pandemic,” says co-author Taylor Owen, an Associate Professor at the Max Bell School of Public Policy at McGill University.

“A Rare Moment of Cross-Partisan Consensus: Elite and Public Response to the COVID-19 Pandemic in Canada” by Eric Merkley, Aengus Bridgman, Peter John Loewen, Taylor Owen, Derek Ruths, and Oleg Zhilin of the Media Ecosystem Observatory (MEO) is published by the Canadian Journal of Political Science. The objective of MEO is to better understand the online harms and digital threats to democracy, and to safeguard against it. The Principal Investigators of MEO are Peter Loewen, Taylor Owen, and Derek Ruths.

McGill’s Max Bell School of Public Policy is committed to the research, teaching, public outreach, and practical advocacy of sound public policy, with each of these four dimensions grounded in a solid understanding of the overall policy process, not merely as it is described in theory but as it exists in the real world, with all its imperfections and limitations. The principle-based design of policy solutions to important problems, the interaction of policy development with partisan politics, and knowledge of the workings of the machinery of government all play central roles in the activities of the Max Bell School.