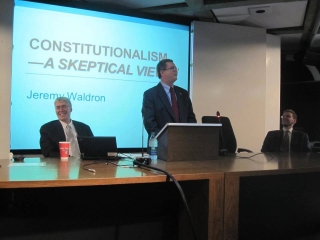 Christopher Manfredi, a founding member of the Research Group on Constitutional Studies and of the Yan P. Lin Centre (which absorbed RGCS), has been reappointed for a second term as Provost and Vice-Principal (Academic).